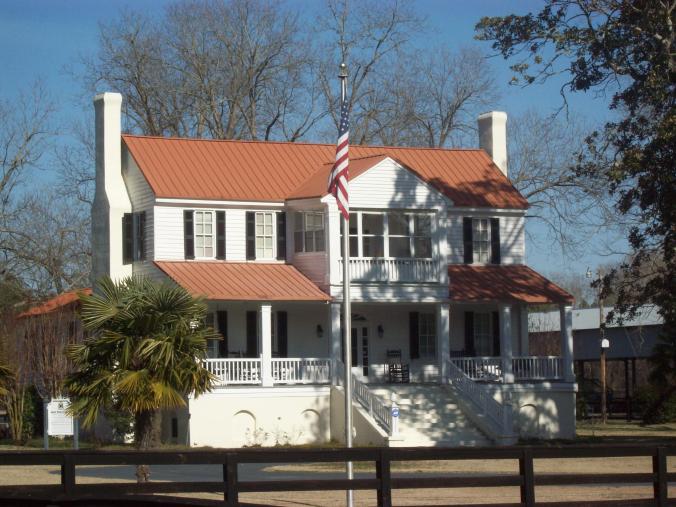 Built in rural Orangeburg County, in what later became Calhoun County, near the Old State Road that ran from Columbia to Charleston, the structure’s interior features multiple fireplaces, some with hand-carved mantels with multiple cornices, according to the SC Department of Archives and History.

But for all the architectural appeal of the plantation house, its history is just as interesting.

Constructed between 1820 and 1825 for Dr. and Mrs. George Keitt, the Keitt’s son, Laurence, was born in the house in 1824. He would go onto become one of the South Carolina’s most ardent secessionists.

After serving in the South Carolina General Assembly while still in his mid-20s, Keitt was elected to the US House in 1853. He would be re-elected twice more.

Stephen Berry, writing in Civil War Monitor, described Keitt as the “Harry Hotspur of the South.”

“Keitt … was a Fire-Eater par excellence. Legendary for staging ‘pyrotechnic’ displays on the floor of Congress, Keitt paced his desk, scattered papers before him ‘like people in a panic,’ and pounding ‘the innocent mahogany’ until pens, pencils, documents, and even ‘John Adam’s extracts shuddered under the blows.’”

His fury wasn’t limited to impassioned speeches, either.

In 1856, Keitt was censured by the US House for aiding Rep. Preston S. Brooks when the latter caned Sen. Charles Sumner. After Brooks began beating Sumner with his gold-tipped cane, Keitt quickly drew a pistol from his belt, jumped into the aisle and leveled it at congressmen who were approaching to try to assist Sumner, loudly announcing “Let them be!”

Keitt resigned in protest over his censure, but was overwhelmingly re-elected to his seat by his South Carolina constituency within a month.

On Feb. 5, 1858, Keitt helped spark a massive brawl on the House floor during a late-night debate. Keitt, offended when Pennsylvania Rep. Galusha A. Grow, a Republican, stepped over to his side of the House chamber, demanded that Grow sit down, calling him a “black Republican puppy.”

Grow responded by telling Keitt, a slave owner, that “No negro-driver shall crack his whip over me,” and knocked Keitt down. Keitt then went for Grow’s throat, precipitating a major scrap involving some four dozen US representatives on the House floor.

The rhubarb only ended when a missed punch from Rep. Cadwallader C. Washburn of Wisconsin dislodged the hairpiece of Rep. William Barksdale of Mississippi. The embarrassed Barksdale accidentally replaced the toupee backwards, causing both sides to erupt in spontaneous laughter.

He was mortally wounded in the early part of the Battle of Cold Harbor on June 1, 1864, and died the following day.

After Keitt’s death the house was occupied by his sister. In 1912, Shep Pearlstine purchased the house from Keitt’s sister’s granddaughter and remodeled it, renaming it Puritan Farm. It was listed on the National Register of Historic Places in 1974.