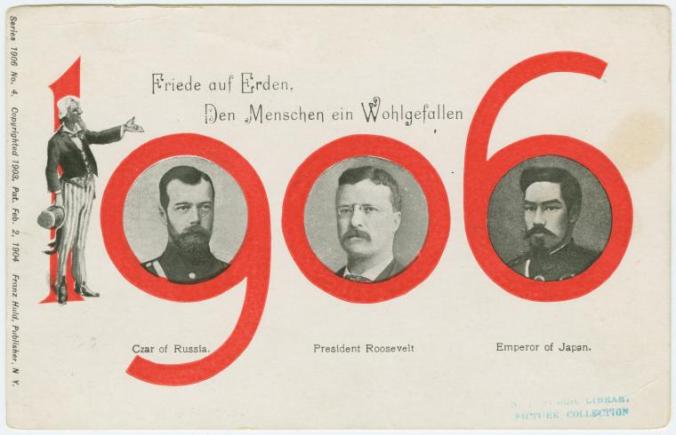 New Year’s Day cards, all but unknown today, were at one time quite a popular item.

The one above caught my attention immediately because I didn’t immediately recognize its significance.

The Czar of Russia, the Emperor of Japan and President Theodore Roosevelt were all interesting individuals, to be certain, but why would someone think to make a New Year’s Day card featuring the trio, particularly given that pigs, pixies and shamrocks were more typical fare for such missives?

Then it occurred to me what all three had in common, and why Roosevelt was in the middle: Teddy had toward the end of 1905 helped negotiate an end to the Russo-Japanese War.

The conflict lasted from February 1904 until September 1905 and is considered the “first great war of the 20th century,” even if it’s a largely forgotten war today.

END_OF_DOCUMENT_TOKEN_TO_BE_REPLACED

On the utterly remote chance that you’re a resident of the Pacific island nation of Samoa, your birthday falls on Dec. 30 and you’re reading this blog, congratulations are in order: you’ve realized the dream of many a baby boomer by postponing the aging process.

That’s because Samoa is eliminating Dec. 30 from its calendar for this one year as it switches time zones and jumps across the international date line.

The move, which takes Samoa from being one of the last places on earth to see the sun each day to being among the first, will enable the nation of 179,000 to be closer to its major trading partners in Australasia, according to Agence France-Presse.

“While it’s Friday here, it’s Saturday in New Zealand and when we’re at church Sunday, they’re already conducting business in Sydney and Brisbane.”

END_OF_DOCUMENT_TOKEN_TO_BE_REPLACED

Gina Williams, a native Texan writing at the always-captivating Like the Dew website, details common misconceptions some Northerners have about people from the South.

These include that we’re all racist, uneducated hicks with lazy Southern drawls who always vote Republican. (What about us also being NASCAR-loving, moonshine-swilling, ATV-driving, snake-handling Creationists? That’s some of the best stuff about living in the South, after all.)

Williams does a good job debunking these myths, including providing a USA Today map of the 2004 presidential election which showed interestingly that plenty of Southern counties voted for Democratic candidate John Kerry over Republican George Bush, while there were several Northern states with a majority of counties favoring Bush over Kerry.

Better yet is Williams’ assessment of the simplistic portrayal of Southern cultural and social norms:

The history books we grew up studying in school failed in one big respect: The American Civil War was not simply over the preservation of slavery; it was a war over states’ rights and excessive taxation. The simple fact is that, at the time, there was controversy on just how much involvement the federal government should have in state governments (sound familiar to current times?); the federal government’s involvement with the anti-slavery movement set many Southern states off because they felt that state governments, through citizen voting, should determine laws on such things. And with increasing pressure by Northern states in the late 1850s to increase taxes to benefit their industries, Southerners became upset. Before and after those taxes were implemented with Abraham Lincoln’s entry into office, Southern states began seceding.

Yow! Williams is right on the money here, but I wouldn’t dare trying pursuing this argument with anyone but my closest friends, whether they’re from the North or the South. Public school education dropped the ball on complex issues like the War Between the States a long, long time ago and I’m not stupid enough to try to pick it up.

END_OF_DOCUMENT_TOKEN_TO_BE_REPLACED

Imagine finding a dust-covered bankers box full of proclamations, bills and treaties signed by a multitude of American presidents, from George Washington and Thomas Jefferson to Franklin Roosevelt and Ronald Reagan.

That’s essentially what happened recently in Poland, except on a much older scale.

A collection of documents signed by a series of Polish monarchs, some more than 450 years old, turned up unexpectedly at the Warsaw School of Economics.

Zoran Karisic, an archivist at the university library, found the documents by chance in a storeroom, according to Polskie Radio, Poland’s national publicly funded radio broadcasting organization.

“It was a simple cardboard box, lined with paper and tied with string,” she told the Rzeczpospolita daily.

The papers range from as far back as 1555 up through 1790, and include items signed by Bona Sforza (1494-1557), the Renaissance queen reputed to have had a habit of poisoning her enemies, including her daughter-in-law.

END_OF_DOCUMENT_TOKEN_TO_BE_REPLACED

It’s been a tried and true media strategy for years now: publications looking to stagger through the holidays while employees inconveniently take vacation get to the end of the year by slapping together a list or two.

Whether it’s ranking the Top 10 Ugliest Dictators, the 15 Countries Most Likely to Harvest Your Organs when You Pass Out Drunk, or the 25 Most Powerful Monster Trucks Ever Built, lists not only demonstrate that Americans love short, easily digestible pieces that are basically devoid of information, but they fill white space quickly with little effort.

So, in the spirit of general laziness, this blog has decided to join the fray.

Unfortunately, though, there aren’t a whole lot of things I keep track of with enough detail or diligence to put into a list. My few options include:

A list, however, that I can manage is one that details my favorite books of 2011, along with a look at a few that weren’t quite so endearing.

END_OF_DOCUMENT_TOKEN_TO_BE_REPLACED 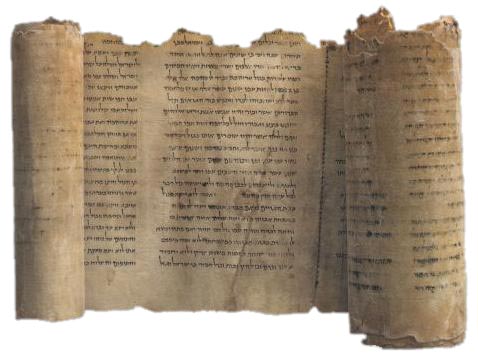 How dedicated are the researchers at Rome’s Institute of the Pathology of the Book, a restoration establishment created to preserve everything from ancient manuscripts to priceless books to historic documents?

They donated their own blood to carry out experiments after learning that an ink with human blood had been used to write the Dead Sea Scrolls – apparently because its iron content helped stabilize colors, according to Agence France-Presse.

The institute has been a cutting-edge entity since it was founded in 1938 to preserve Italy’s priceless archives.

“The museum is filled with books suffering from the worst kinds of ailments – including one with a hole as big as a fist eaten by termites or another riddled with bullet holes from the Battle of Monte Cassino during World War II,” according to the wire service.

The institute is the main point of reference for book and archive restoration in Italy but also does work for the Vatican and internationally, it added.

And its work has expanded greatly over the past seven decades from simply restoring Italian archives.

END_OF_DOCUMENT_TOKEN_TO_BE_REPLACED

In a bid to ensure the preservation of priceless frescoes by such artistic greats as Michelangelo, Botticelli, Ghirlandaio and Perugino, the famed Sistine Chapel has been fitted with detectors to check for pollution.

Millions of visitors annually view the chapel, built in the late 15th century by order of Pope Sixtus IV.

Vatican Museums director Antonio Paolucci explained in the Holy See’s official daily, Osservatore Romano, on Thursday that the initiative was enacted in order to update the building’s air conditioning and ventilating system.

The detectors, put in place this summer, measure temperature, humidity, chemicals as well as currents of air, Paolucci said.

“It was necessary to understand the dynamics of the pollution,” he said.

Thirty-six of the detectors are suspended and 14 others are fitted in other parts of the chapel, which is covered in paintings on the walls and ceiling.

END_OF_DOCUMENT_TOKEN_TO_BE_REPLACED 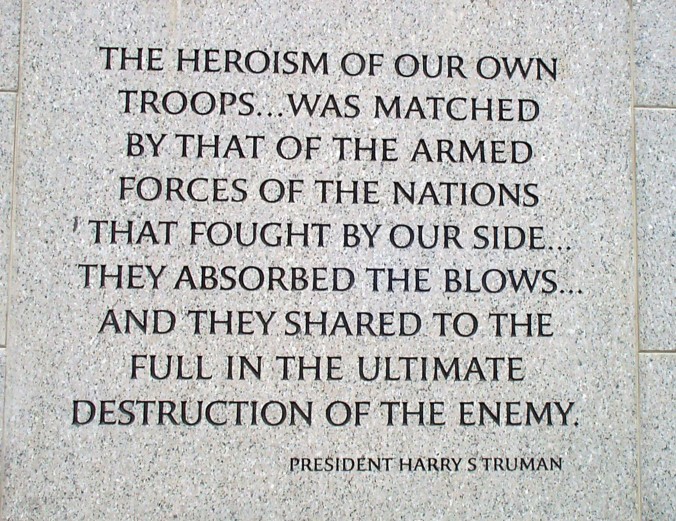 One does tire of the simplistic rhetoric of self-proclaimed “peace advocates,” the ones who often use the Christmas season as opportunity to point out mankind’s flawed and violent nature, which they contend far too often trends toward war.

Take Barbara Kelly, writing in the Savannah News. She begins a recent column by stating that “we are a young and evolving species, and seem to have much trouble being at, or staying at, peace.”

She then takes aim at the United States when writes: “Many think of our nation as a peaceful one, but this is not the case. Our country is 235 years old, and for 209 of those years we have been at war. Some declared and some not – but the dead don’t care about the distinction.”

Kelly, as many do, make the mistake of assigning equal guilt to all combatants when she writes that most wars are about money.

While she may be correct that most wars today are indeed about money in one form or another – whether it be territory, citizens who can boost industrial output and gross domestic product, or simple wealth acquisition through plunder – the inference that all combatants is both wrong and simplistic.

The most obvious example of this is World War II. Allied forces such as Poland, France, Great Britain and the Soviet Union fought against Nazi Germany out of self-preservation.

END_OF_DOCUMENT_TOKEN_TO_BE_REPLACED

William Shemin was just 19 years old when, over the space of three days in August 1918 during the pivotal Second Battle of the Marne, he crossed the battlefield three times to rescue fellow American soldiers.

On the third effort during the battle, in which the Allies stopped the last German offensive of World War I, he was wounded in the head.

But with his commanding officers either hurt or dead, Shemin refused medical attention and led the platoon out of danger before finally collapsing unconscious.

“He distinguished himself by excellent control of his platoon at every stage of the action and by the thoroughness at great personal danger at which he evacuated the wounded,” according to the battle report submitted three months later by the division commander.

The Bayonne, N.J., native’s heroics made him the recipient of the Distinguished Service Cross, the nation’s second-highest combat award, with his award being signed by Gen. John Pershing, commander of the American Expeditionary Force.

Now, nearly a century later, the Army will consider whether Shemin actually deserved the Medal of Honor, but was denied because he was Jewish.

END_OF_DOCUMENT_TOKEN_TO_BE_REPLACED

SCBT Financial Corp., one of the few South Carolina to undertake a strategy of acquisition over the past few years, said Tuesday it would acquire Easley-based Peoples Bancorporation.

The $28.4 million all-stock transaction will be the Columbia-based financial services company’s fourth acquisition in less than two years.

The merger will connect the Upstate and Georgia markets for SCBT, the parent company of South Carolina Bank & Trust, according to The State.

The story in The State claimed that Peoples had been profitable in recent years, but information filed by the company with the US Securities and Exchange Commission shows a different picture.