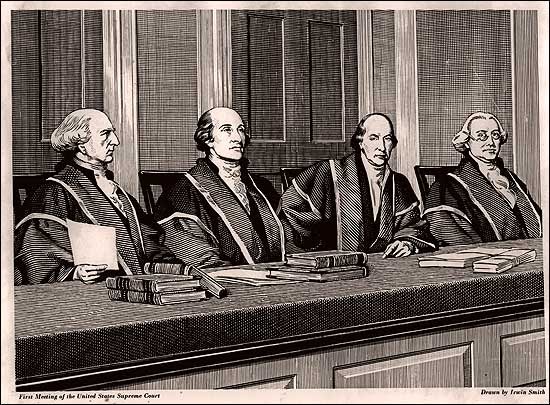 John Marshall became chief justice of the United States on this date in 1801. Marshall would sit on the high court until 1835, and his opinions laid the basis for American constitutional law and made the US Supreme Court a co-equal branch of government, along with the legislative and executive branches.

But what of Marshall’s predecessors?

The best known of the three men to lead the Supreme Court before Marshall was John Jay, who, among other things, helped write the Federalist Papers with Alexander Hamilton and James Madison.

Jay resigned as chief justice in June 1795 after being elected governor of New York. President George Washington named John Rutledge of South Carolina, an original high court associate justice who had resigned in 1791 to become chief justice of the South Carolina Court of Common Pleas and Sessions, to replace Jay.

Washington’s appointment took effect immediately as the US Senate was not in session.

However, Rutledge’s time on the court proved one of the shortest in the history of the nation. He was a vocal opponent to the Jay Treaty of 1794, which resolved issues remaining from the Revolutionary War but left many Americans unhappy.

His opposition cost him support in the administration and the senate. In addition, questions about his mental stability, driven at least partly by partisanship, were making the rounds.

END_OF_DOCUMENT_TOKEN_TO_BE_REPLACED

At one point last week, the African nation of Zimbabwe had just $217 left in its public coffers.

Welcome to the club, guys; I feel your pain.

The Atlantic eloquently summed up the country financial situation: “Zimbabwe, the country that’s home to some of the world’s largest plutonium and diamond reserves, literally has the same financial standing as a 14-year-old girl after a really good birthday party.”

Zimbabwe’s Finance Minister Tendai Biti admitted that Tuesday when he said his nation had all but depleted its financial reserves after paying civil servants last Thursday.

By the following day, though, some $30 million of revenue had flowed in the country’s accounts, he told journalists in the capital city of Harare.

Biti has been struggling to balance the nation’s budget, which is hampered by a low tax base, an underperforming economy and public sector wages which take up 73 percent of the total budget, according to the publication New Zimbabwe (look for it at your newsstand).

“We’re in a challenging position, we’re a small economy and we’ve got huge things to be done …” Biti told the BBC.

END_OF_DOCUMENT_TOKEN_TO_BE_REPLACED 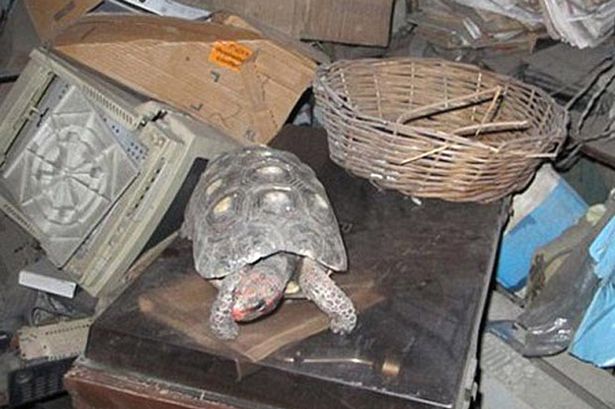 Talk about an atypical missing pet story. Media outlets are reporting that a family in Rio de Janeiro last week found their pet tortoise in a store room in their house – more than 30 years after it went missing.

The red-footed tortoise, named Manuela, disappeared in 1982 and despite a lengthy search could not be found. Her owners, the Almeida family, figured she had crawled off after builders working on the house left the front door open, according to The Telegraph.

But when the family patriarch, Leonel, died earlier this month, the Almeida children began clearing out a second-floor room in the house, an area he had filled with broken electrical items and always kept locked.

“I put the box on the pavement for the rubbish men to collect, and a neighbor said, ‘you’re not throwing out the tortoise as well are you?’” Leandro Almeida told Brazil’s Globo G1 website.

“I looked and saw her,” Leonel added. “At that moment I turned white, I just couldn’t believe what I was seeing.”

END_OF_DOCUMENT_TOKEN_TO_BE_REPLACED 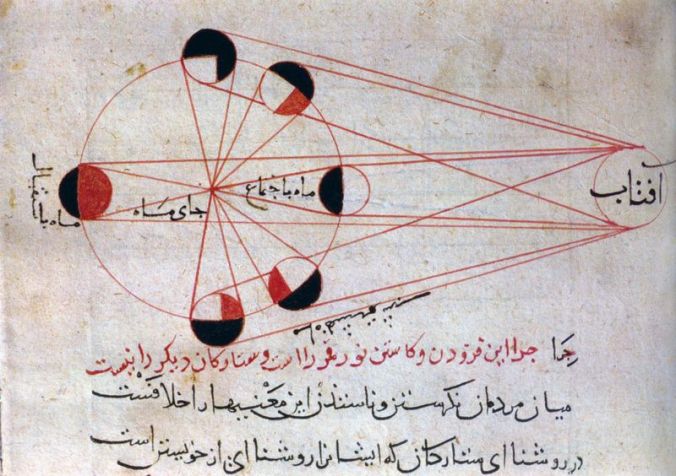 Islam’s reputation for hostility to science is a modern phenomenon.

As has been well documented, the Muslim world was a dynamo for scientific development during the time Europe was ensnared in darkness and superstition.

How advanced was Islam’s scientific community? Extremely advanced, according to Physics Today.

“Islam’s magnificent Golden Age in the 9th–13th centuries brought about major advances in mathematics, science, and medicine,” the publication wrote in 2007. “The Arabic language held sway in an age that created algebra, elucidated principles of optics, established the body’s circulation of blood, named stars, and created universities.”

In addition, Muslim scholars did much to preserve the intellectual heritage of ancient Greece; centuries later it helped spark Europe’s scientific revolution.

Unfortunately, this period of great development came to a screeching halt long ago.

END_OF_DOCUMENT_TOKEN_TO_BE_REPLACED

Don’t let it be said that this blog doesn’t care about you, the reader.

Lest one think Michael Scott exaggerates the problem of wild, and presumably rabid, canines wreaking havoc on America, remember the portentous words of Ricky Bobby and Cal Naughton Jr.:

“Today, we want to talk about something serious: packs of stray dogs that control most of the major cities in North America.”

No man is prophet in his own land, yet these two NASCAR greats willingly offered this prescient advice:

“If you see a stray dog, don’t call the authorities; approach it on your own, with a rope or a broomstick.”

(This post hereby fulfills the community service requirement so ordered on 30 November 2012 by the Royal Court of the Isle of Guernsey.)

The Fort Pitt Blockhouse was built in 1764, in the immediate aftermath of the French and Indian War. Much of the stone foundation, bricks and timber in the two-story structure are original, according to the Pittsburgh Post-Gazette.

The blockhouse was built to reinforce Fort Pitt, the largest British fortification in North America.

The project will take 10 months and is being funded by an anonymous donor and the Colcom Foundation, according to the Fort Pitt Society, which owns the structure.

Fort Pitt was completed in 1761, amid the lengthy French and Indian War, a good bit of which took place in the Ohio Valley. During Pontiac’s Rebellion in 1763, a weakness in the fort became apparent when British forces noted that the structure’s design impeded efforts to repel snipers.

In response, Col. Henry Bouquet constructed several redoubts, or blockhouses, for sharpshooters in 1764. The structure being renovated is the lone surviving remnant of Fort Pitt.

A key aspect of readying the Fort Pitt Blockhouse for its 250th anniversary is inspecting its timbers.

END_OF_DOCUMENT_TOKEN_TO_BE_REPLACED

Face value, the small copper coin that went under the auctioneer’s hammer Tuesday represented the smallest denomination of currency the United States ever produced – just half a cent.

But in one of the more astonishing bits of numismatic lore, the 1796 Liberty Cap half cent sold for nearly $300,000 – nearly $360,000 with auctioneer’s premium – meaning the coin increased in value 71,600,000-fold over the 210-plus years since it was minted in Philadelphia during George Washington’s presidency.

The rare half cent, sold at a small provincial auction in southwest England, went to an American bidder from the Numismatic Financial Corp. of Winter Springs, Fla., according to CBS News.

The final price, perhaps not surprisingly, is one of the highest ever paid for a half cent.

The coin bears a liberty head design on one side, with a pole and liberty cap in the background. The reverse features an open wreath of olive stems tied with a ribbon.

The story of the coin sold Tuesday is both fascinating and perplexing.

END_OF_DOCUMENT_TOKEN_TO_BE_REPLACED

It’s estimated that half the world’s 6,000-plus languages are in danger of disappearing.

Many have become victims of progress and development that has aligned speakers of endangered tongues with a more dominant culture that relies on a handful of principal languages, such as English, Russian or Mandarin.

A vast number of the world’s endangered languages haven’t even been set down in written form, which further hinders efforts to keep them alive as older speakers die off.

Yet, a glimmer of hope for those who see the inherent value in the diversity of spoken languages can be found in the revival of the Cornish language in the United Kingdom.

Cornish, considered extinct for decades, has undergone a rebirth in years, with a small but steady increase in speakers as cultural awareness of the distinctive nature of the Cornwall region has been recognized and celebrated.

In addition, a small number of children in Cornwall have been brought up to be bilingual native speakers, and, in a development unheard even of a century ago, the language is taught in many schools.

END_OF_DOCUMENT_TOKEN_TO_BE_REPLACED

Occasionally one comes across a news report that cries out for additional information. Given that journalism has been called the “first draft of history,” it’s not surprising that reporters aren’t able to always get complete answers to every question that arises.

Sometimes, though, one has to wonder if an article’s author is an actual living human being, or simply an automaton devoid of curiosity and an awareness of the surreal.

Take this story from the BBC:

A German student “mooned” a group of Hell’s Angels and hurled a puppy at them before escaping on a stolen bulldozer, police have said.

The man drove up to a Hell’s Angels clubhouse near Munich, wearing only a pair of shorts and carrying a puppy.

He dropped his shorts and threw the dog, escaping on a bulldozer from a nearby building site.

END_OF_DOCUMENT_TOKEN_TO_BE_REPLACED 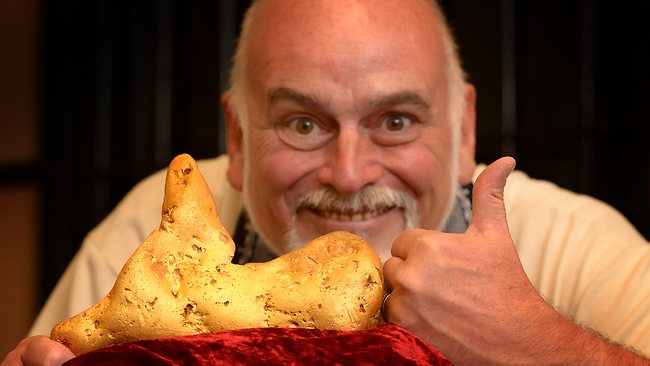 The individual, who did not want to be identified, was searching for gold in the Australian state of Victoria when he found the nugget, valued at more than $300,000.

Using a state-of-the-art metal detector, the prospector located the nugget about two feet below the surface in an area which had been searched many times in the past, according to the BBC.

The Y-shaped nugget, 8.7 inches long and 5.5 inches wide, was found near the country town of Ballarat and in an area known as the “Golden Triangle” due to its rich veins which sparked a gold rush in the 1850s, according to Reuters.

Ballarat Mining Exchange Gold Shop owner and dealer Cordell Kent said the prospector heard a faint noise on his detector and removed a dense pile of leaf mulch before he started digging, according to The Advertiser of Adelaide.

“He thought he had detected the (hood) of a car when he saw a glint of gold,” Kent said. “He cleaned the top of it and the gold kept expanding and expanding … he saw more and more gold … he couldn’t believe what he was seeing.”