An English archaeologist claims that humans – not rats, as has long been believed – spread the plague that ravaged London in the mid-14th century.

“The evidence just isn’t there to support it,” Barney Sloane, author of ‘The Black Death in London,’ told The Telegraph. “We ought to be finding great heaps of dead rats in all the waterfront sites but they just aren’t there.

“And all the evidence I’ve looked at suggests the plague spread too fast for the traditional explanation of transmission by rats and fleas,” he added. “It has to be person to person – there just isn’t time for the rats to be spreading it.”

Sloane added that he’s not even certain whether the disease was bubonic plague, as is believed by many.

END_OF_DOCUMENT_TOKEN_TO_BE_REPLACED 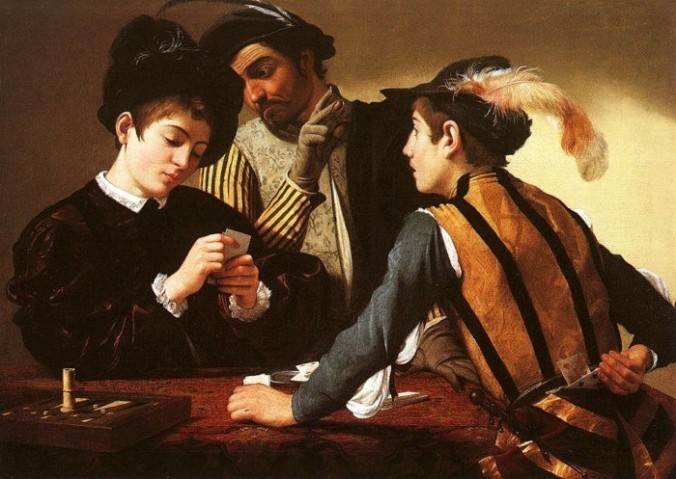 Last week, yet another publicly funded study was unveiled in Columbia, this one by the University of South Carolina on business and employment.

The story that appeared in The State, like the study itself, left one with more questions than answers.

For instance, there was no indication of what the cost of the study was or who paid for it.

For that information, you’d have to turn to the article written by my colleague at The Nerve, Eric Ward. Ward reported Tuesday that the study cost $55,000 and that the partners in the study included the S.C. Department of Commerce, New Carolina and the CTC Public Benefit Corporation.

Nearly three-fourths of the $55,000 came from public sources, Ward reported.

END_OF_DOCUMENT_TOKEN_TO_BE_REPLACED

Let’s face it: There are a lot of lousy places one can be stuck living on the Earth. At present, Libya, Afghanistan and Iraq all come to mind.

Yet, none seem quite as bad as the region of eastern Kazakhstan that the Soviet Union used as a nuclear testing ground for more than 40 years.

Agence France-Presse has a depressing report about life in the Kazakh city of Semey, just a couple hundred miles from where tests were conducted beginning in the late 1940s up until the early 1990s.

“I was working in a medical institute, teaching chemistry,” said 79-year-old Yevdokia Matushkina. “Almost every day, announcements on the radio at noon would say: ‘Now there is going to be a test of nuclear weapons.’ Everything would shake. The windows in my classroom were shattered by the shockwave from one of the blasts.”

A total of 456 nuclear tests were conducted at the test site over 42 years until Kazakhstan shut down the facility 20 years ago on Aug. 29, 1991, making it the first country to voluntarily give up nuclear weapons, according to Agence France-Presse.

END_OF_DOCUMENT_TOKEN_TO_BE_REPLACED

While graffiti has existed since ancient times, with examples dating back to at least the 5th century BC, it’s often considered a trend that’s only truly taken hold over the past half century.

And whether it’s the result of popular culture, such as movies featuring run-down subway cars rumbling along while covered with an often spectacular array of unintelligible words and phrases, or television programs featuring slum housing coated with spray-painted symbols and gang markings, graffiti indeed seems to many to be a part of post-modern life.

However, a trip to Augusta, Ga., recently proved that the urge to memorialize one’s name on a public edifice is a trend that goes back long before the Baby Boom Generation learned to scrawl its name on the side of dilapidated buildings.

While walking near the end of the first of the Augusta Canal’s first three levels, at 13th Street and Walton Way, one comes across a set of headgates that regulate water flow into the second part of the canal.

END_OF_DOCUMENT_TOKEN_TO_BE_REPLACED

One hundred years ago today, the last known “wild” American Indian stumbled out of the Sierra foothills into the corral of a slaughterhouse near Oroville, Calif., starving, sickly and alone.

Ishi had seen his tribe, called the Yani, killed off by disease and white settlers, many of whom came to California to take part in the gold rush.

Prior to the discovery of gold in the Sierras in 1848, it’s estimated Ishi’s tribe, called the Yahi, numbered about 400. The Yahi were part of a larger group called the Yaha, which had numbered about 3,000 and had lived in the western foothills of Mount Lassen for several thousand years, according to the book “Ishi: Last of His Tribe.”

With the discovery of gold at Sutter’s Mill, a little more than an hour south of where Ishi eventually gave himself up, thousands of prospectors and settlers inundated northern California. In addition to attacking native Americans, miners often damaged the environment the Indians lived off while prospecting. Sometimes, the Indians attacked whites, as well.

END_OF_DOCUMENT_TOKEN_TO_BE_REPLACED

Usually, one steers clear of “real people review sites” as most are either inflated with propaganda by restaurant/store management or debased by a disgruntled/disturbed former customer who has taken it upon themself to bring down the institution in question for inadvertently screwing up a single order by putting onions on a burger when asked not to.

This review, however, while understated, smacks of honesty and sincerity.

I  am somewhat surprised, though, that Abe gave Ford’s two stars, given how the night ended. Perhaps the food was exceptional that night.

Swedish officials believe they have discovered the wreck of the 16th century warship Mars, a massive vessel that was equipped with 107 cannon and was sunk barely a month after the birth of William Shakespeare.

The Mars was the head of King Erik XIV’s fleet before it sank in the Baltic Sea in 1564 during a sea battle with the Danish-Lübeckian navy. The warship was 260 feet long and manned by a crew of 800, making it one of the biggest ships of its day.

Nearly all aboard died when the vessel went down during a battle known as the Action of 30 May 1564 between the Swedish islands of Öland and Gotland.

A team of divers discovered the wreck at a depth of about 250 feet, 12 miles north of Öland, Stockholm’s maritime history museum said. The find came after several years of research, according to Agence France-Presse.