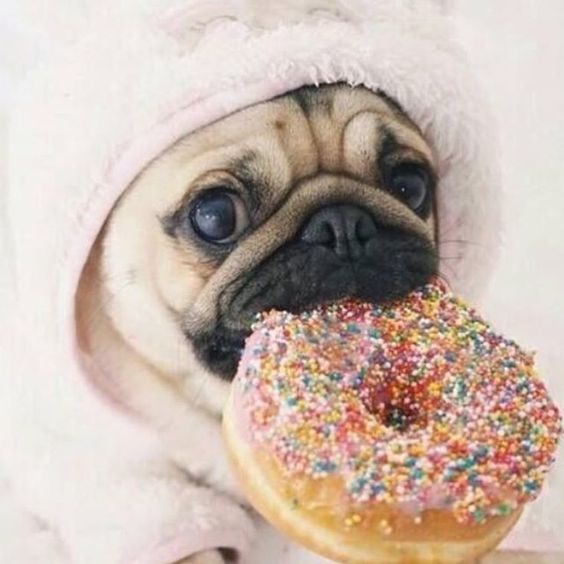 The BBC has a report that the squeamish will find most disturbing: Invertebrates such as spiders and centipedes feasting on vertebrates, including birds, snakes and turtles.

Among incidents included in the story: A tarantula eating 15-inch snake that it had apparently subdued and killed last year in Brazil; a dragonfly catching a hummingbird in midair and eating it in 1977 in Canada; and Scolopendra centipedes, which regularly scales walls to either grab bats as they swoop past or pluck them from roosts while they sleep. The centipedes also eat birds, mice, lizards, frogs and snakes.

Even animal lovers can find this sort of behavior unnerving – after all, vertebrates typically eat invertebrates, not the other way around.

“Most of us are happy to watch vertebrates hunting vertebrates; if lions kill a giraffe, we might feel sadness but not revulsion, and we cheer when the baby iguana escapes the racer snakes. Similarly, if a vertebrate hunts an invertebrate, that seems normal: an early bird catching the worm is simply being enterprising,” according to the BBC. “But invertebrates eating vertebrates is another matter. We find ourselves horrified by crabs preying on baby turtles, wasps targeting nestling birds, or a giant centipede munching on a bat. Somehow it seems wrong, as if the natural order has been turned on its head – but why?”

The BBC surmises that the reason may be that we instinctively recognize that we are much more akin to other vertebrates than we are to invertebrates.

“We might not use the word “vertebrate,” but a dog is clearly more similar to us than a giant centipede,” it writes. “Not only does the dog have hair and the same number of limbs, it also behaves in understandable ways, displaying familiar emotions like happiness and anger.

“ … we cannot understand invertebrates in the same way that we understand dogs, lions or eagles,” the BBC added. “They are just too alien, their behavior too strange and their bodies too dissimilar. They do not have waggy tails and their eyes are never big and soulful.”

Or, as one of my daughter said when I asked why she didn’t like spiders: “Too many eyes, too many legs!”

If you’ve ever seen a frog swarmed over and stung to death by fire ants, or a lizard being stung repeatedly by a hornet, it does appear that things sometimes go amiss in the animal kingdom.

And while Scolopendra gigantea, also known as the Amazonian giant centipede, has yet to make its way to the US from South America, that’s one creepy-crawly I can foresee showing up in my nightmares.

(Top: I chose an image of a pug eating a sprinkled donut for this story because, well, the other photos, while interesting, would have undoubtedly upset lovers of baby turtles, small birds and other cute animals which happened to have fallen into the clutches of voracious invertebrates.)

A small yappy dog in a San Francisco-area bedroom community was helped to its eternal reward early Monday morning, courtesy of a mountain lion that slipped into the canine owners’ home and made off with it.

A 15-pound Portuguese Podengo was grabbed from a bedroom in a Pescadero home after the residents reportedly left their French doors partially open for the dog to go outside, according to the San Francisco Chronicle.

The dog woke its owners around 3 a.m. by “barking aggressively.” A witness told authorities she saw the shadow of an animal come into the room through the French doors, grab the dog from the bed and walk out. When she grabbed a flashlight, she saw “large wet paw prints” near the bedroom’s entrance, and called 911.

When police arrived on scene, they discovered paw prints resembling those of a mountain lion, and notified the Department of Fish and Wildlife.

While certainly unfortunate, I have trouble mustering much sympathy for dogs that bark a great deal after hours, or, more particularly, for people who leave their doors open in the middle of the night.

Some will argue that the dog was making noise because it sensed the mountain lion and was being protective, but the fact remains there are too many dogs that bark continuously, disturbing everyone and their brother.

Perhaps if word gets around on the canine grapevine that mouthing off after hours could result in becoming a mountain lion’s late-night snack, a few pooches will think twice before baying all the livelong day (and night).

I don’t expect people who leave their dogs to bark nonstop to suddenly wise up and begin paying attention to their animals.

As for folks who leave their doors open so they don’t have to be bothered getting up and walking their pets, well, it’s hard to muster much sympathy for the indolent.

The Episcopal Church of the Nativity, located in small-town Union, SC, reminds one of a rural English parish church.

Built in Gothic Revival style, its cornerstone was laid in 1855 but construction was halted during the War Between the States. Featuring rusticated granite, the church was completed shortly after the war and features diagonal buttresses, steep gabled roofs and a Louis Tiffany stained glass chancel triplet window.

There is even a good-sized bell in its tower that can be rung from the ground by pulling on the old-fashioned rope that extends to the ground.

The church’s characteristics – its small size and “intimate relationship between the building and surrounding landscape, in particular – are said to derive from English parish-church architecture of the 1300s, which was a model for small churches built in the US in 1840s and 1850s, according to National Register records.

The English influence isn’t surprising given that two of the key individuals behind the construction of the Church of the Nativity were sisters Charlotte Poulton and Mary Poulton Dawkins, recently arrived in antebellum South Carolina from England.

The Tiffany triple window is behind the altar and features shades of green, gold, crimson, blue and purple. In the central bay of the window is the Good Shepherd, while Sts. John and Peter are shown in the right and left windows.

The church’s white Carrara marble font was carved by noted sculptor Hiram Powers and ordered by Mary Cantey Hampton, the wife of Revolutionary War hero Wade Hampton I, for Columbia’s Trinity Church. It proved too small and was given to the Church of the Nativity, according to National Register records.

Powers divided the font into three design units – the base, column shaft and font itself. All are octagonal and each is filled with carved sacred motifs.

The church cemetery contains the graves of many veterans, including one from the War of 1812, several Confederate soldiers, and some from World War I, World War II and the Korean War.

Among Confederates in the graveyard is William Munro, an infantry and artillery officer who was wounded at least four times but survived to go on to serve as a bank president and several terms in the state legislature following Reconstruction.

Also buried at the church is Pvt. Alpheus Cushman, a New Yorker who served with Co. B of the 7th US Cavalry Regiment. The 7th US Cavalry was among military units sent to Upstate South Carolina during Reconstruction following the declaration of martial law in response to Ku Klux Klan violence in the late 1860s and early 1870s.

Cushman, a farrier, was said to have fallen in love with a Union County girl, but grew ill, and his illness prevented him from marrying her, though it could also have been possible that the girl’s parents weren’t keen on their daughter being betrothed to a Yankee so soon after the war.

Whatever the case, Cushman is said to have taken his own life out of despair, on May 20, 1871.

After his death, the members of his company asked that they be allowed to give their compatriot a Christian burial. Locals agreed, but stipulated that they would choose the plot.

Cushman was not only buried in the far corner of the cemetery, but his grave was placed north-south, unlike typical Christian burials, and every other one at the Episcopal Church of the Nativity, which is east-west.

Of course, the 7th US Cavalry would gain notoriety a little more than five years later, when more than 260 members of the unit were wiped out at Little Bighorn. 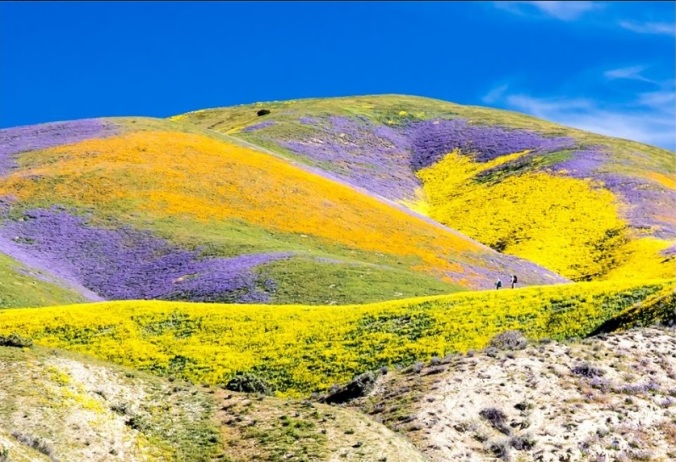 California’s Carrizo Plain National Monument covers some 250,000 acres – a swath of land 38 miles by 17 miles – between San Luis Obispo and Bakersfield and due north of Santa Barbara. Despite its rugged beauty and location within perhaps three hours of the several million residents of Los Angeles, it receives just a few thousand visitors a year.

At present, one of the more spectacular aspects of California’s spring is taking place in the Carrizo Plain National Monument. A “superbloom” of wildflowers, with a seemingly endless array of yellows, purples, blues, reds and oranges, is giving the area the appearance of an impressionist’s palette.

Carrizo Plain National Monument, at the southern end of California’s Central Valley, is a vast grassland where antelope, elk and numerous other fauna roam, inhabitants of the last undeveloped, unfarmed region of grasslands that once covered much of the state. 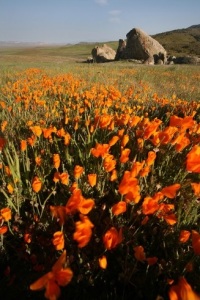 Called California’s Serengeti, the Carrizo Plain is home to a variety of threatened or endangered species.

It has been inhabited off and on for millennia and features Indian pictographs believed to date back thousands of years.

The remote monument is also traversed by the San Andreas Fault, which has carved valleys, moved mountains and can be viewed up close in the ridges and ravines evident throughout the region.

Within a few weeks, at most, the superbloom will have withered and given way to the drab brown of dry grass, which a good part of the sun-baked state is noted for much of the year. But like a nova in the night sky, the bright explosion of colors may fade but will most certainly leave a brilliant memory.

(Top and middle: Images taken of superbloom of wildflowers at Carrizo Plain National Monument, California, by Bureau of Land Management.)