Production of Harris Tweed – woven in the Outer Hebrides off the coast of Scotland – is booming, according to industry specialists.

The cloth has enjoyed an enhanced profile with enthusiasts staging European bicycle rides while garbed in Harris Tweed in Glasgow, Stockholm and Moscow.

The Harris Tweed Industry Forum said 2012 has been the “best year” for production in almost 15 years, according to the BBC.

The cloth is hand-woven by residents of the Isles of Lewis and Harris, Uist and Barra in the Outer Hebrides using local wool. It is then exported to a variety of countries, including Japan and Germany.

Traditional Harris Tweed is characterized by subtle flecks of color achieved through the use of vegetable dyes, including lichen dyes called “crottle,” according to Wikipedia.

Total production is expected to hit more than 1 million yards of cloth by the end of the year, the BBC reported.

END_OF_DOCUMENT_TOKEN_TO_BE_REPLACED 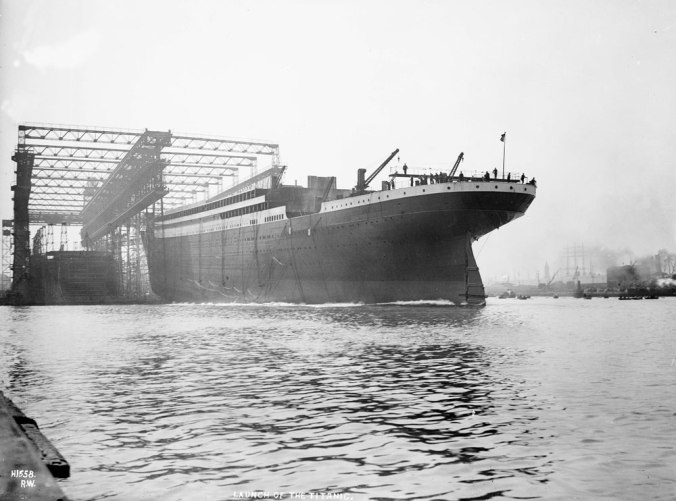 Lost amid the hubbub surrounding the 100th anniversary of the sinking of the Titanic is the remarkable achievement the ship’s building represented.

A product of the Harland and Wolff shipyard in Belfast, Ireland, the Titanic’s creation represented a remarkable transformation for a country just a couple of generations removed from the Great Potato Famine that claimed more than 1 million lives and induced another 1 million-plus to emigrate.

But, as the Irish Times explains, Protestant Belfast was much different from the Ireland of the southern, Catholic portion of the island realm.

“It had grown at a phenomenal rate, surging past Dublin in 1891 to become Ireland’s largest city, and then growing by another 35 per cent in the last decade of the 19th century alone,” according to the publication.

There was no chance that southern Ireland, lacking the above globally significant industry, could have produced the Titanic.

END_OF_DOCUMENT_TOKEN_TO_BE_REPLACED 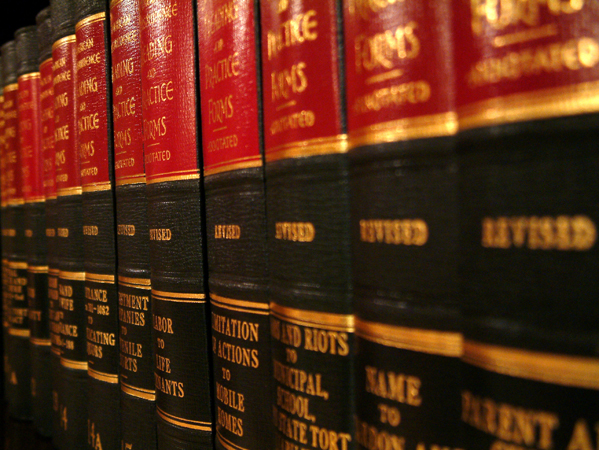 South Carolina legislators, once again ignoring history and human nature, tacked on additional regulations and restrictions regarding the sale of scrap copper last year, a move some said would do little to thwart the theft and illegal sale of the nonferrous metal.

Since the new law was enacted in August 2011 requiring anyone buying or selling copper to obtain a permit from their local sheriff’s offices, the Charleston County Sheriff’s Office alone has issued 9,187 two-year permits and an additional 1,076 48-hour permits, according to the Charleston Post and Courier.

But guess what? Despite the additional work required of legitimate businesses and law enforcement, it hasn’t had much of an impact on copper theft.

Major Jim Brady of the Charleston County Sheriff’s Department told the publication that the number of thefts has remained about the same.

“The problem with this whole situation obviously is when you get metal, you can’t always link it back to a specific crime …,” Brady said. “When the stuff is sold, it’s sold as scrap metal.”

Last year, I wrote a story for my previous employer on this very bit of regulation, which built on previous anti-copper theft laws passed in 2007 and 2009. At that time a lobbyist for the South Carolina Recyclers Association said then he had doubts as the wisdom of passing additional legislation to try to curb the fencing of stolen copper.

END_OF_DOCUMENT_TOKEN_TO_BE_REPLACED

He posted a 6-8 record during his two seasons with the Tigers (1941, 1945), started 18 games and had a career earned-run average of 3.78. Yet, there’s no questioning that on at least one day he was nothing short of spectacular.

On July 21, 1945, Mueller started against the then-Philadelphia Athletics and pitched the first 19-2/3 innings, giving up just a single run.

That’s the equivalent of more than two complete games, impressive when one considers that Justin Verlander of Detroit led the entire Major Leagues in complete games this past season with six.

The Tigers and Athletics ended up playing to a 1-1 tie in 24 innings on that special day in 1945. Mueller gave up 13 hits and five walks during his ironman effort, and Tigers’ standout Dizzy Trout came in for the final 4-1/3 innings.

When Tigers manager Steve O’Neill took Mueller out of the game, the pitcher said, “Gee, Steve, the game isn’t over, is it?” according to the book Baseball’s Unforgettable Games, by Joe Reichler and Ben Olan.

END_OF_DOCUMENT_TOKEN_TO_BE_REPLACED

After a half century of searching for additional Viking outposts in North America, it appears researchers appear to have finally hit pay dirt.

Evidence recently uncovered on Canada’s Baffin Island, north of the Arctic Circle, strongly points to the discovery of another Viking colony, it was announced earlier this month.

A team led by Memorial University professor Patricia Sutherland was digging in the ruins of a centuries-old building on Baffin Island when they came across blade-sharpening tools called whetstones.

Wear grooves in the whetstones bear traces of copper alloys such as bronze – materials known to have been made by Viking metalsmiths but unknown among the Arctic’s native inhabitants, according to National Geographic.

The find bolsters the case that Norse seafarers from Greenland — hundreds of years after their ancestors abandoned the famous L’Anse aux Meadows settlement in Newfoundland around 1,000 A.D. — were trading goods and even inhabiting sites on Baffin Island, according to Canada.com.

Norwegian researchers Helge Ingstad and Anne Stine Ingstad discovered and excavated the Viking base camp at L’Anse aux Meadows on the northern tip of Newfoundland in the 1960s, marking the first confirmed Viking outpost in the Americas.

END_OF_DOCUMENT_TOKEN_TO_BE_REPLACED

Cotton futures are proving a real gamble at present, with prices spiking and plummeting from one day to the next.

Last week wild price swings were the norm as future prices jumped 12.5 percent in a one-week period before falling back.

Spot December cotton futures hit a five-month high of more than 79 cents a pound last Thursday amid growing concerns about “tight nearby supplies of tenderable qualities and low stocks in deliverable position,” according to the Lubbock (Texas) Avalanche-Journal.

March futures were up nearly 6 percent for the week, closing at 75.43 cents, the publication added.

The upturn in prices is somewhat surprising given the lackluster export sales of cotton due to decreased production worldwide and enormous world stocks in countries such as China, according to Southeast Farm Press.

END_OF_DOCUMENT_TOKEN_TO_BE_REPLACED

An Ohio museum’s exhibit of works by French Impressionist Edouard Manet demonstrates how the advent of photography influenced portrait painting in the mid-19th century.

“Manet: Portraying Life,” at the Toledo Museum of Art,” compares the revolutionary impact of photography, which influenced Manet’s works, to the effect modern technology such as smartphones have on how individuals depict one another today through social media such as Facebook.

“Known for portraits of friends and celebrities of his era, the painter often called ‘the first modern artist’ came of age during the mid-1800s when photography first became available to the public,” according to The Associated Press. “He even kept his own collection of photos of the subjects he painted.”

The show, which opened this month, features paintings drawn from 31 lenders from Budapest to Tokyo, including some of his best-known works, according to the Toledo Blade.

Among the 39 paintings on display are “Berthe Morrisot with a Bouquet of Violets,” “Portrait of Emilie Ambre as Carmen,” and “The Railway.”

In addition, more than two dozen of Manet’s photographs of the subjects he painted are displayed.

END_OF_DOCUMENT_TOKEN_TO_BE_REPLACED

In the years since the death of Pope John Paul I, the Roman Catholic pontiff who reigned just 33 days, conspiracy theories o’ plenty have abounded, including some which claim that the 65-year-old Bishop of Rome was murdered by individuals within the Vatican itself.

As the New York Times wrote in a 1989 review of a book alleging intrigue in John Paul I’s death:

“Within hours of his being found dead, allegedly sitting up serenely in bed holding a devotional book in his hands, the clerical rumor mills began grinding, churning out tales of murder plots, of the involvement of high-ranking prelates afraid that the new Pope might expose their profitable intrigues, and of their complicated and contradictory cover-up maneuvers.”

Wild talk even went so far as to speculate that the pontiff was a victim of the Vatican’s so-called inner sanctum, the dreaded P2 Masonic lodge, or that the Jesuits spiked his cocoa with digitalis.

However, a church official advocating sainthood for John Paul I, who died of a heart attack in September 1978, said extensive research efforts “definitively” put the conspiracy theory to rest, according to Agence France-Presse.

Monsignor Enrico dal Covolo said that documents and 167 testimonies he has collected for a report submitted to the Vatican on Wednesday dismissed “any suspicion of a murder” of the pope.

END_OF_DOCUMENT_TOKEN_TO_BE_REPLACED

Personally, I would have inserted “Austro-Hungarian Empire” for “Soviet Union,” but that’s just me.

Point is, for all Wikipedia’s occasional flaws with self-sourcing and people trying to disseminate inaccurate or deliberately misleading information, there may be no better website for knowledge junkies.

Imagine if the average person substituted a half an hour of television viewing each day for a 30 minutes of Wikipedia. (Provided, of course, they didn’t spend that half hour on Wikipedia reading about the show they were no longer watching.)

Sure, we’d likely have some folks spouting off a lot of useless trivia, but at least they wouldn’t be talking about worthless network programing. 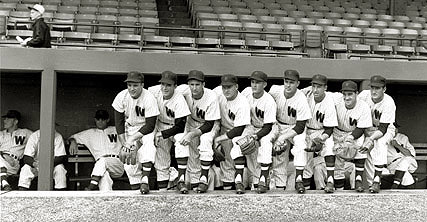 There’s a great deal of talk about the “home-field advantage” in sports, but much less so about the home-field disadvantage.

Eddie Yost, the former Major League third basemen who died Tuesday at age 86, was well acquainted with the latter.

While playing for the Washington Senators between 1944 and 1953, Yost hit 55 home runs; however, just three of those round-trippers came at his home park, Griffith Stadium.

That’s because Griffith was anything but hitter-friendly. The dimensions for the Senators’ park included a left field line that was 424 feet from home plate, and nearly as far to center.

In addition, while the right field line was much closer at 326 feet, it featured a 30-foot fence which served to block the view from surrounding buildings.