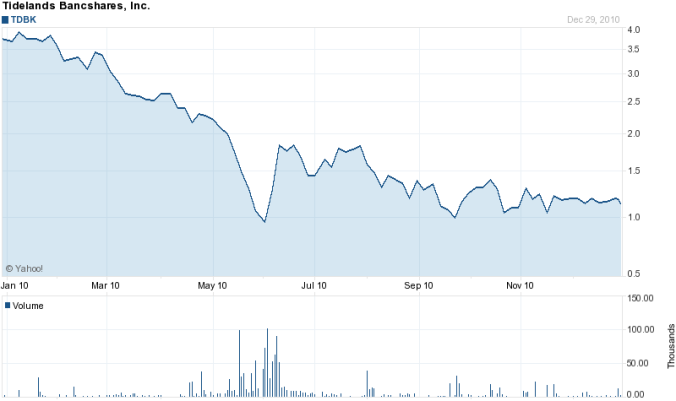 Tidelands Bank has entered into consent orders with the Federal Deposit Insurance Corp. and the SC State Board of Financial Institutions, effective Dec. 28, as a result of the regulators’ annual joint examination earlier this year.

According to information filed with the US Securities and Exchange Commission, Mt. Pleasant-based Tidelands, a subsidiary of Tidelands Bancshares, is required to take myriad actions as a result of the consent order, including:

END_OF_DOCUMENT_TOKEN_TO_BE_REPLACED

A study by US researchers reveals that Neanderthals cooked and ate plants and vegetables.

The research, published in the Proceedings of the National Academy of Sciences, found grains of cooked plant material in the teeth of Neanderthals.

The study is the first to confirm that the Neanderthal diet was not confined to meat and was more sophisticated than previously thought, according to the BBC.

END_OF_DOCUMENT_TOKEN_TO_BE_REPLACED 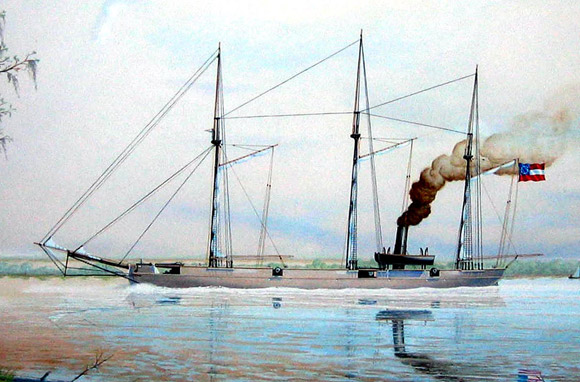 As South Carolina commemorates the 150th anniversary of its secession from the Union, archeologists are providing details about some of the final days of the resulting war.

Wednesday, South Carolina’s state archaeologist discussed the recent discovery of what is believed to be the Confederate gunboat CSS Pee Dee, scuttled by its own crew in the Civil War’s waning days.

In November, Jonathan Leader — state archaeologist and researcher at the University of South Carolina — worked with fellow researcher Chris Amer to explore the Pee Dee River in the northeastern part of the state.

They believe the find could yield valuable knowledge about the South’s attempts to maintain its own navy.

END_OF_DOCUMENT_TOKEN_TO_BE_REPLACED

It’s been nearly 80 years since a representative was seated in South Carolina’s 7th Congressional District, but that will change in two years when the Palmetto State adds a bit of political clout as a result of the 2010 Census.

The last man to hold the seat was Hampton Fulmer, elected in 1921. He served until 1933, when the 7th was eliminated as a result of the 1930 census. Fulmer simply took over the 2nd Congressional District seat at that point and served until his death in 1944.

Some of the individuals who have held the seat include:

END_OF_DOCUMENT_TOKEN_TO_BE_REPLACED

The handful of you who read this blog may have figured out that I enjoy the study of history. There are many periods, particularly during the past 500 years, that would be fascinating to have been a part of, at least in my opinion.

Nevertheless, there are two big reasons that exist that clearly illuminate why I’m glad to be alive now and not, say, 150 years ago: modern plumbing and modern dentistry. We’ve got it pretty good today, even if many of us don’t realize it.

Here, Bryan Caplan of EconLog captures the difference between what the average American has today and what George Vanderbilt, one of the richest Americans of the late 19th and early 20th centuries, didn’t:

END_OF_DOCUMENT_TOKEN_TO_BE_REPLACED

A  columnist for The Economist takes on the question that has confounded sorority girls, prolific emailers and rookie receptionists for years: When to use an exclamation point?

It’s difficult to receive more than half a dozen emails without getting at least as many exclamation points.

END_OF_DOCUMENT_TOKEN_TO_BE_REPLACED

Former Navy Chaplain Gordon James Klingenschmitt (above) is in a tizzy about the Senate’s approval to do away with the military’s 17-year ban on openly gay troops.

Klingenschmitt first delivered 205,000 fax petitions to Congress against open homosexual service in the military, than launched into a bizarre rant related to the repeal of “Don’t Ask, Don’t Tell” that included the following:

Homosexual sin will always be a stench in the nostrils of Almighty God, an abomination which God condemns and shall punish with everlasting destruction. Even if the Senate had voted 100 to 0 to legalize sin, they could not remove God from His throne of Judgment, before which every knee shall bow, and every tongue confess that Jesus Christ is Lord.

END_OF_DOCUMENT_TOKEN_TO_BE_REPLACED

The Cotton Boll Conspiracy
Create a free website or blog at WordPress.com.