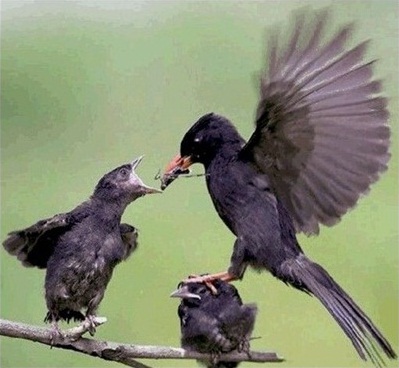 The following is in no way is meant to make light of child abuse, but sometimes you just have to shake your head in amazement at the poor decisions made by some parents.

The mother of a South Carolina middle school student who was being suspended has been arrested after authorities said she walked into the school and slapped the wrong child.

When Collier walked into the office, she saw a boy sitting in the office with his head down. Mistaking him for her son, she slapped him in the face, according to Spartanburg County sheriff’s deputies.

However, the boy Collier struck was sick and was sitting on a couch waiting for his mother to pick him up, according to Fairforest Middle School Principal Ty Dawkins.

Dawkins said once Collier realized she had slapped the wrong boy, she apologized, and then walked over to her son and began to slap him for getting in trouble, hitting him in the head and face and knocking him to the ground, according to a Greenville television station.

Collier was charged with disturbing school and assault and battery. It wasn’t known if she had a lawyer.

Her three children are in protective custody, according to the Associated Press. 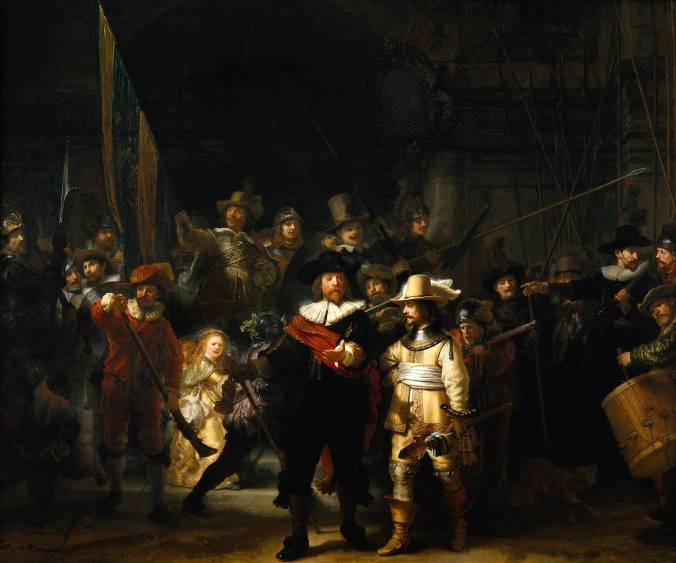 Rembrandt’s “The Night Watch,” one of the iconic works of the Dutch Golden Age, was returned to its home in Amsterdam’s Rijksmuseum on Wednesday after nearly a decade-long renovation of the 130-year-old structure.

The oil painting, 12 feet by nearly 15 feet and officially titled “The Company of captain Frans Banning Cocq and lieutenant Willem van Ruytenburch preparing to march out,” had hung in an adjacent wing of the world-renown museum while the main building was being refurbished.

“The Night Watch” is considered one of the most famous paintings in the world and is arguably the best-known work in the Rijksmuseum.

The 17th-century work was protected by a specially designed 660-pound steel frame, a foam insulation layer and a protective blanket while it was returned to its original room in the museum, according to Agence France-Presse.

The climate-controlled crate was designed by Dutch electronics firm Philips, the same container used to move the painting originally in 2003.

Dozens of police stood guard as the work was slid into the crate and cranes were used to lift it out of one gallery and into another, according to the Associated Press.

END_OF_DOCUMENT_TOKEN_TO_BE_REPLACED 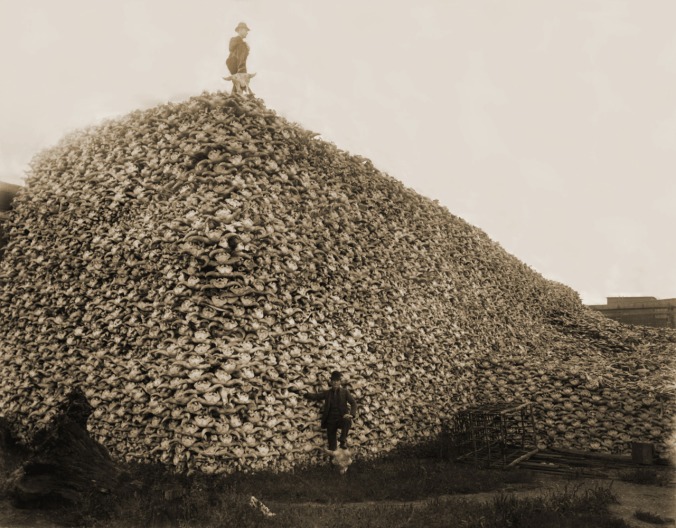 The transformation of the Canadian provincial capital of Regina, Saskatchewan, over the past 130 years has been nothing short of remarkable.

Today, it is a city of nearly 200,000 individuals, and features more than 350,000 hand-planted trees, an extensive park system and an array of museums, cathedrals and other elegant structures.

But back in 1882, it was little more than a pile of bones – literally.

The location, near a creek, had been a stopping point for buffalo hunters and gotten its name from remains left at the site.

The mounds of buffalo bones, some left by Cree Indians, were staggering, according to information from the Regina Library.

“The bones resulting from the slaughter were carefully assembled into cylindrical piles about six feet high and about 40 feet in diameter at the base, with the shin and other long bones radiating from the center to make stable and artistic piles,” according to the library’s website. “During the second half of the 19th century, the Métis also slaughtered large numbers of buffalo in this area, and the creek was littered with countless bones.”

Hence, the locale was called “Pile o’ Bones.” However, it was sometimes also referred to by the equally delightful names “Manybones,” “Bone Creek” and  “Tas d’Os” – all of which would have taxed the abilities of even the most fervent chamber of commerce official trying to promote the locale.

END_OF_DOCUMENT_TOKEN_TO_BE_REPLACED 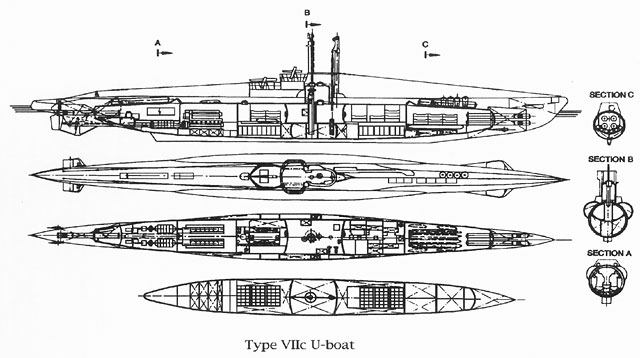 In the final days of World War II, Nazi U-boats were all but sitting ducks for Allied planes and ships: many German submarines, making a last, desperate gamble to take out enemy shipping, never got far beyond the European coast before being located and sunk.

One of those doomed U-boats, U-486, was discovered Monday off the west coast of Norway.

The U-486, a Type VIIC U-boat, was torpedoed and broken in two by the British submarine HMS Tapir on April 12, 1945, shortly after leaving the western Norwegian town of Bergen, according to Arild Maroey Hansen of the Bergen maritime museum.

All 48 men onboard were killed.

Launched in 1944, the U-486 sank three ships and crippled a fourth during her short career. However, one of the vessels it sent to the bottom was the former Belgian liner SS Leopoldville, which had been converted into an American troop transport.

On Christmas Eve 1944, the U-486 sent a torpedo into the Leopoldville, which was in the English Channel approximately five miles from the coast of Cherbourg, France.

The ship was carrying more than 2,200 American servicemen who were en route to serve as reinforcements for US troops involved in the Battle of the Bulge.

END_OF_DOCUMENT_TOKEN_TO_BE_REPLACED 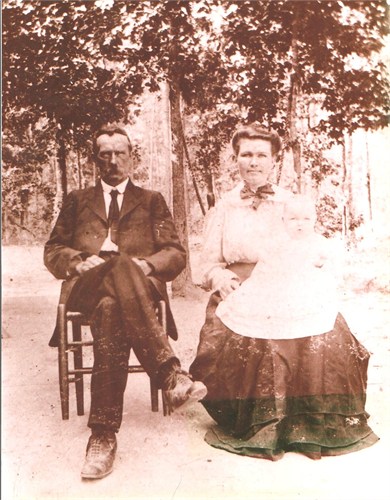 South Carolina’s final “real daughter” of the Confederacy was laid to rest last week in Horse Branch Free Will Baptist Church in Turbeville, SC, a small Pee Dee community near where her father, a Confederate veteran, lived most of his life.

Beulah Marie Baggett Mims, 96, was believed to be the Palmetto State’s last living child of a Confederate veteran.

Her father, John Jarrett Baggett, shown above around 1912, served as a private in Co. I of the 23rd South Carolina Infantry. He died in 1919, three years after Beulah was born.

The nearby daily paper, the Florence Morning News, ran a cursory story about Beulah’s passing, but it failed do her justice, talking more about the United Daughters of the Confederacy, of which she was a member for just the last four years of her life.

At a minimum, the story completely failed to give an in-depth look at the nonagenarian’s life and the people she touched.

Just as crucially, it missed an opportunity to look at some of the deeper issues that shaped her times, issues that affected hundreds of thousands of Southerners in the decades following the war.

Her father, John J. Baggett, a native of Clarendon County, SC, was born in 1846 and served in the same company of the 23rd South Carolina with his two brothers, Neighbor W. Baggett (1835-1904) and Benjamin H. Baggett (1837-1909), according to the Confederate Rolls of South Carolina.

END_OF_DOCUMENT_TOKEN_TO_BE_REPLACED 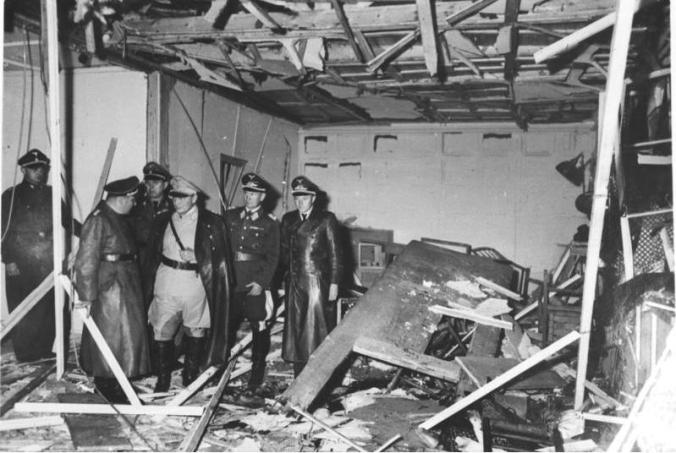 Von Kleist had joined the Wehrmacht as an infantry officer in 1940 at age 18, but he did so out of an allegiance to country, not to the Führer. He came from a long line of Prussian landowners who had served the state for centuries in high-ranking military and administrative positions, according to the Associated Press.

However, von Kleist’s father, a Christian, conservative and monarchist, resisted Hitler, and the Nazi flag never flew from the Kleist castle in Pomerania nor was the Nazi salute ever given there, according to The Economist.

As the war progressed and its true nature was revealed to the younger von Kleist, he grew increasing troubled. Stationed on the Eastern Front, he saw some of the conflict’s most brutal action and was wounded in 1943.

In early 1944, Col. Claus von Stauffenberg, the leader of a group of anti-Nazi plotters, asked von Kleist to undertake a suicide mission to kill Hitler.

Von Kleist hesitated, according to The Economist, hoping that his father would object and save him. But his father paused for only a moment before he told him he must do it: “A man who doesn’t take such a chance will never again be happy in life.”

END_OF_DOCUMENT_TOKEN_TO_BE_REPLACED 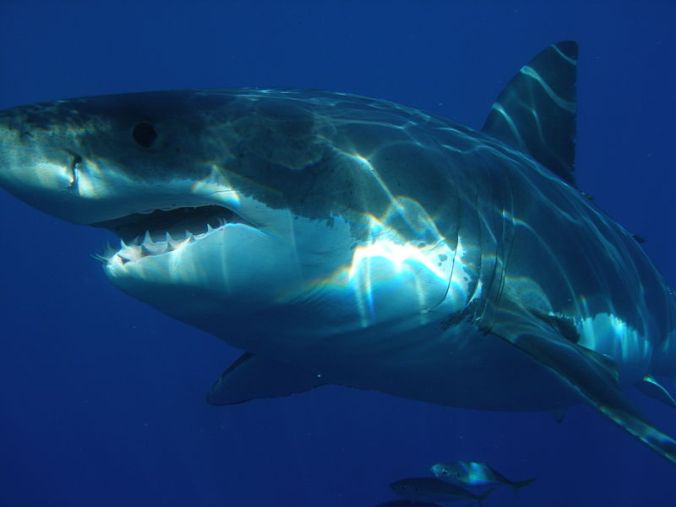 That’s considerably more than the findings of a 1982 US research team. Then, it was estimated that a meal of approximately 66 pounds of mammal blubber could sustain a 2,160-pound shark for approximately six weeks, according to the website Real Clear Science.

However, University of Tasmania researchers reported this week that 66 pounds of blubber was only enough to glut a great white for about two weeks, according to a study published in Scientific Reports on the nature.com website.

Researchers tagged a dozen great white sharks off the coast of the Neptune Islands off South Australia and calculated their metabolic rate derived from swimming speeds, according to Agence France-Presse.

They then worked out how much energy the sharks burned and how much food they required.

END_OF_DOCUMENT_TOKEN_TO_BE_REPLACED 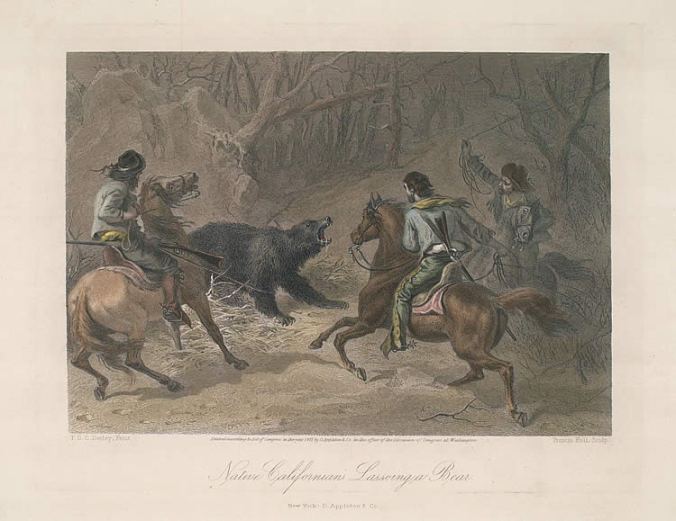 Among the more striking US state flags is that of California. It features not a simple grizzly bear, as some assume, but a California golden bear, a subspecies of the brown bear that once inhabited most of the Golden State.

The California golden bear, or California grizzly (Ursus arctos californicus), disappeared in the early 20th century, a victim of development, relentless hunting and its own fearlessness.

The bear, which could grow to more than 8 feet tall and weigh more than 2,000 pounds, thrived in California’s great valleys and low mountains, and there were probably more bears in California prior to European settlement than anywhere else in what would become the United States.

When Gaspar de Portolà’s Spanish expedition passed through an area near today’s Morro Bay, Calif., in 1769, a Franciscan missionary noted in his diary that the expedition saw “troops of bears (osos)” in the valley, which became known as the La Canada de los osos, or Los Osos Valley (the valley of the bears).

A few years later the inhabitants of Mission Carmel in today’s Carmel, Calif., were near starvation, so a hunting expedition was dispatched to the Los Osos Valley. Many bears were killed and several thousand pounds of bear meat was brought back, saving the people of the mission.

END_OF_DOCUMENT_TOKEN_TO_BE_REPLACED 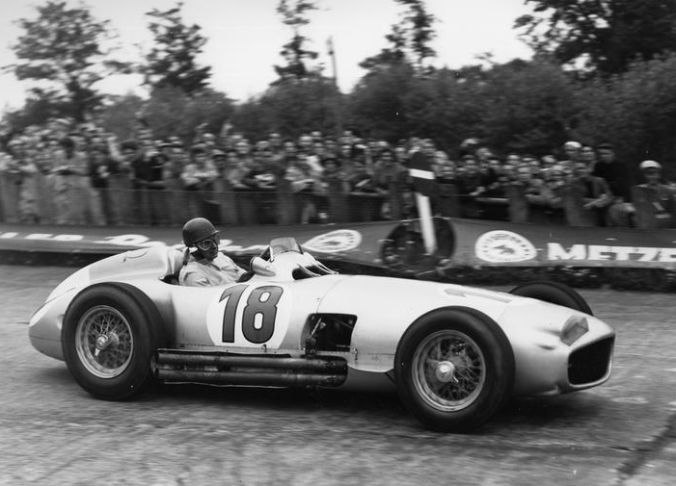 A Formula One car that sat practically forgotten in a warehouse for almost three decades is expected to fetch nearly $6.5 million at auction.

The 1954 Mercedes-Benz W196, driven by five-time world champion Juan Manuel Fangio, is described as “one of the most significant motor cars of the 20th century.”

Fangio drove the 2.5 liter straight-9 Mercedes, seen above, to victory in the 1954 German and Swiss Grand Prix races.

The iconic car contains many features which were innovative at the time, including a fuel-injected engine, lightweight chassis and improved brakes.

“The first time I saw this car I needed oxygen,” racing historian Doug Nye said. “It’s landmark technology and it was driven by a landmark driver.”

British auction house Bonhams unveiled the car Monday night and said it will put the German-made automobile under the hammer in July at the Goodwood Festival of Speed.

Bonhams would not comment on where the car was found.

It will be sold in its current condition with noticeable blemishes and dirt.

END_OF_DOCUMENT_TOKEN_TO_BE_REPLACED 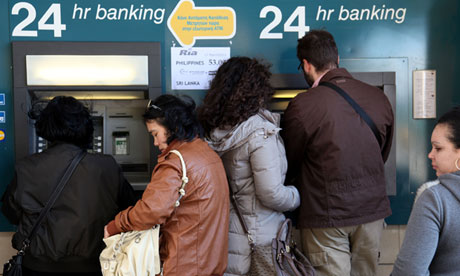 Bank runs are generally discouraged by governments. The idea of long lines of people lining up outside financial institutions to suddenly withdraw money tends to destabilize banks, economies and sometimes even entire nations.

So the decision by the Republic of Cyprus this past weekend to take a sizeable portion of bank depositors’ money to help recapitalize the nation’s banks seems shortsighted at best.

Cypriots will have to hand over up to 9.9 percent of their deposits, part of a deal worked out with the EU and International Monetary Fund that would see the latter two organizations pump more than 4 billion euros into the nation.

Fearing bank runs, the Greek Cypriot cabinet is seeking to extend Monday’s state-mandated bank holiday through Tuesday, even though the European Central Bank has said it will offer unlimited liquidity to banks that experience deposit flight, according to the Wall Street Journal.

Under terms of the plan, the Cyprus government would impose 9.9 percent “stability levy” on deposits larger than 100,000 Euros and a 6.75 percent levy on deposits smaller than that, the publication added.

The rather stunning move comes as a result of the exposure of Cypriot banks to the Greek government debt crisis, the downgrading of the Greek Cypriot economy to junk status by international rating agencies and the inability of the government to cut state expenses.

END_OF_DOCUMENT_TOKEN_TO_BE_REPLACED

The Cotton Boll Conspiracy
Create a free website or blog at WordPress.com.