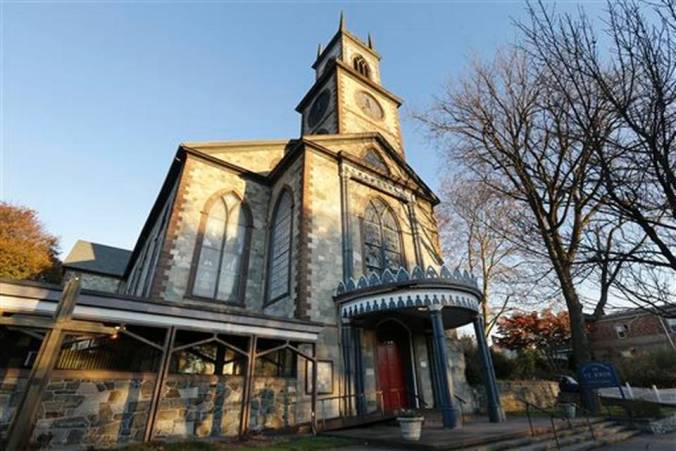 Providence’s Cathedral of St. John may be shuttered, but out front of the 200-year-old structure is a church billboard with block letters that read, “GOD IS NOT DONE WITH US YET.”

Indeed, it appears the church may take on a second life as means to shed light on the trans-Atlantic slave trade and the role that all early US states – North and South – played in perpetuating slavery.

The Episcopal Diocese of Rhode Island wants to use part of the Cathedral of St. John for a museum that would examine the state’s role in the slave trade, both those who profited from it and those who opposed it. Churchgoers and clergymen were on both sides.

“In the 18th and early 19th centuries, Rhode Islanders backed 1,000 trips between Africa and the Americas,” according to the Providence Bulletin. “Newport, Bristol and Providence were among the busiest slave trade ports in North America.”

The museum would be the only one in the nation centered on the trans-Atlantic slave trade. It would also focus on the Episcopal Church’s role in that trade’s history and the often-overlooked legacy of slavery in northern states.

Ironically, the Cathedral of St. John is just a few hundred feet from both the site identified as where Roger Williams founded Providence in 1636 and the location of Williams’ home. Williams, a proponent of religious freedom, has been called the New World’s first abolitionist.

A Brown University report issued in 2006 found that about 60 percent of all slave-trading voyages launched from North America came from the state, more than 1,000 in all. Some 80 of those came from a single family, the DeWolfs of Bristol, RI.