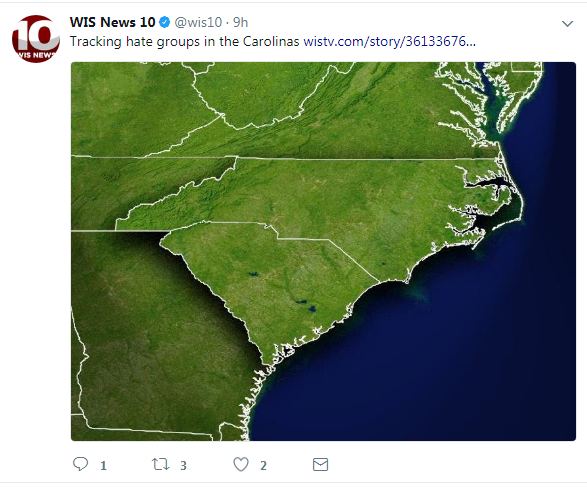 Finally, a bit of good news.

One gathers from the above Twitter graphic by a local South Carolina television station for a story titled “Tracking Hate Groups in the Carolinas” that we are now hate free.

In fact, it would appear that the entire Southeast is devoid of hate groups. And civilization, for that matter.

The image seems to represent the US in the middle of the, oh, Pleistocene Epoch.

To be fair, hate groups were definitely in short supply back then, what with stone age cultures just coming into being and man too busy fending off predators to engage in serious hating. Neanderthals might disagree, however, if they were still around.

In short, you can always count on local television to not only dramatize anything that might possibly frighten the elderly and youngsters, but to do so in an inept manner.