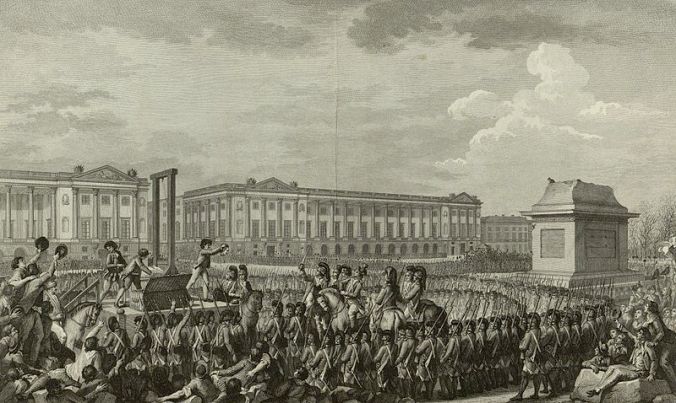 It is one of the most enduring images of the French Revolution: Parisians dipping handkerchiefs and other bits of cloth into the pooled blood of Louis XVI moments after the monarch had been guillotined on Jan. 21, 1793.

Some wanted a relic of the fallen king; others proof that the Bourbon sovereign was indeed dead.

After years of searching for a vestige of this historic event, which shook Europe, researchers have hit pay dirt, according to The Telegraph.

“A new DNA analysis has solved a mystery that has lasted for almost 220 years, finding that an ornate gourd almost certainly carries the bloodstains of the fallen king,” according to the British publication.

Parisian Maximilien Bourdaloue not only witnessed Louis’s public execution, he joined many others in dipping a handkerchief in the dead monarch’s blood left at the foot of the guillotine at an area today called Place de la Revolution.

Bourdaloue then secreted this garment inside a gourd called a calabash. The rag itself has long since decomposed, but the calabash still carries crimson stains and an inscription recording how the souvenir was collected after the king’s “decapitation,” according to The Telegraph.