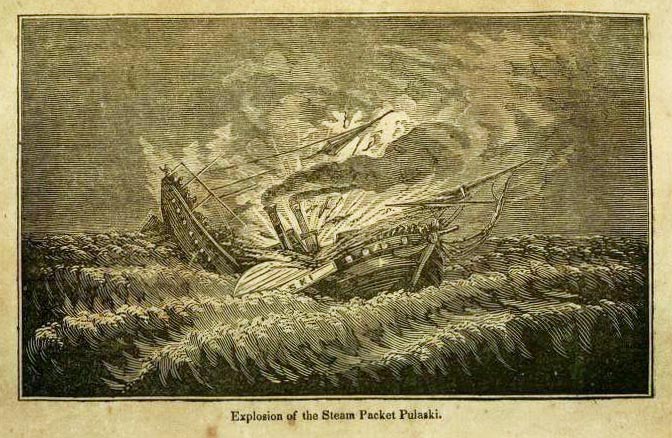 Amid the picturesque graveyard surrounding Presbyterian Church on Edisto Island in the South Carolina Lowcountry is a marble obelisk blackened with age. It’s a memorial not only to a handful of parishioners who died in one of the 19th centuries worst sea disasters but a reminder of just how dangerous travel by ship was at one time.

In addition to Murray and his family, Margaret Seabrook Mikell, 31; Joseph Edings Seabrook, 15; Sara Ann Edings, 27; and Sarah Josephine Edings, 5, are also listed. They were among approximately 130 individuals who died when the ship, which started from Savannah, Ga., June 13 en route to Baltimore, Md., was rent by a boiler explosion and foundered 30 miles off the North Carolina coast.

The death toll was said to have been the greatest suffered to that point by a steam-powered vessel.

Murray, Mikell, Edings and Seabrook are common names throughout both the graveyard and the region, and it’s likely the loss of the Pulaski touched most, if not all of the church’s parishioners in one way or another.

To give an idea of how common major maritime disasters were a century or more ago, the loss of the Pulaski doesn’t even rank among the top 80 deadliest ship disasters of the 19th century. In fact, if one looks at Wikipedia’s list of 19th century maritime disasters ranked by lives lost, the Pulaski isn’t mentioned at all, which leaves one wondering just how many other significant tragedies of that era have been forgotten.

The Pulaski left Savannah on June 13, 1838, and arrived in Charleston later that day. After taking on passengers in Charleston the following day it headed north with nearly 190 passengers and crew. Figures vary according to different accounts.

Monument to parishioners of Presbyterian Church on Edisto Island lost in the sinking of the Pulaski on June 14, 1838.

At around 11 p.m. on June 14 one of the Pulaski’s boilers exploded. The explosion blew off the ship’s promenade deck and “shivered” the starboard side of the vessel about midship, according to an account published by survivor Rebecca Lamar in 1854. “At the same time the bulkhead between the boilers and forward cabin was stove in, the stairway to it blocked up, and the bar-room swept away,” she recalled.

The explosion swept some passengers into the sea and scalded others to death.

The ship was irreparably damaged and after perhaps 45 minutes it split in two with a tremendous crash. A short time later, both halves sank.

Several dozen passengers and crew survived the explosion and found themselves in the water as the ship sank, either in lifeboats or floating amid debris.

Two of the lifeboats began rowing for the North Carolina shore, but other survivors, aboard a third lifeboat and a raft and unaware that others had made for the coast, spent several days at sea. Over the next few days, several in the second group would succumb to injuries, exhaustion or thirst before the schooner Henry Camerdon, headed to Wilmington, NC, happened upon the survivors.

In all, approximately 60 individuals were rescued while more than twice that number died. Most bodies were never recovered.

Lamar wrote that the cause of the disaster was “obviously the neglect of the second engineer in permitting the water to boil off in the starboard boiler and then letting in a full supply of water on the heated copper.”

At least 48 of those onboard were residents of Savannah; another 26 individuals from somewhere besides the Georgia port city embarked at Savannah.

It’s estimated that at least 65 individuals embarked at Charleston, including the handful of parishioners from the handsome Presbyterian Church on Edisto Island.

Among those lost were former Congressman William B. Rochester, and the mother, five siblings and a cousin of Rebecca Lamar and Charles Augustus Lafayette Lamar.

Charles Augustus Lafayette Lamar, also onboard the Pulaski, would go to be a blockade runner during the Civil War and is said to be among the last Confederate soldiers killed during the 1861-86 conflict. Colonel of the 25th Georgia Cavalry Regiment, Lamar was shot at the Battle of Columbus, Ga., while attempting to lead a charge against Union troops on April 16, 1865, seven days after Appomattox.

In the closing months of 1838, an inquiry into the loss of the Pulaski found that the engineers had improperly operated the boilers on the ship, causing the explosion. Gradually, public opinion led Congress to pass regulations that governed steamer inspections.

Today, the Pulaski is all but forgotten, just another in a long line of sea disasters that were an all-too common occurrence up to and even into the 20th century. 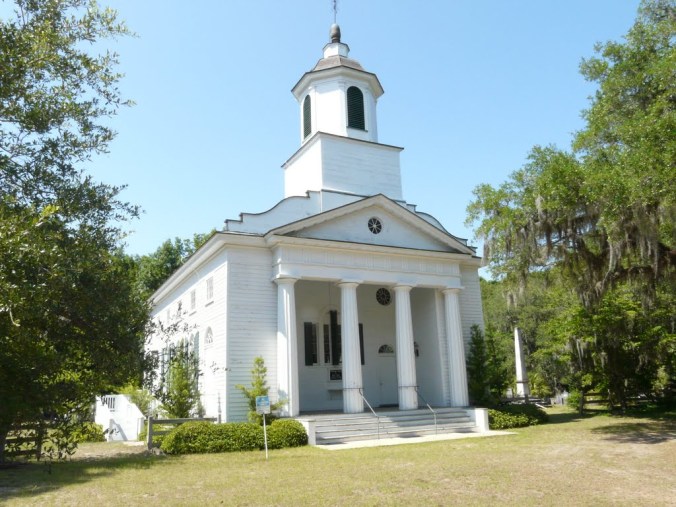 Presbyterian Church on Edisto Island. The monument to victims of Pulaski disaster can be seen to the right of the church.