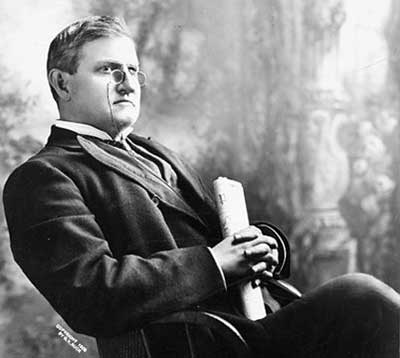 For more than a century, Tillman Hall has dominated Winthrop University’s campus.

The three-story building, constructed in the Richardsonian Romanesque style, features a combination gabled and hipped roof configuration, projecting bay windows, and is highlighted by a clock tower with an open belfry.

The red-brick edifice was erected in 1894, during South Carolina Gov. Ben Tillman’s reign, and the structure was named for the Palmetto State politician, who would go on to serve in the US Senate, in 1962. Tillman was instrumental in the founding of both Winthrop and Clemson University.

Unfortunately for Winthrop, Tillman’s legacy hasn’t held up well under the scrutiny of history.

A virulent racist who worked not only to codify Jim Crow laws in South Carolina, Tillman personally advocated the lynching of blacks.

So perhaps it’s not unreasonable that a pair of former Winthrop students would like the Rock Hill-based school to consider changing the name of the structure.

However, Winthrop University officials have replied that state law prevents such action.

South Carolina law prohibits changing the name of buildings or monuments named for historic figures, Winthrop Board of Trustees Chairwoman Kathy Bigham wrote to former students Michael Fortune and Richard Davis in a letter this week.

In the letter, Bigham cites a South Carolina law that was passed in 2000 to protect war memorials and historic structures on public property. The law prevents anyone from changing the name of any street, bridge, structure or park that has been “dedicated in memory of, or named for, any historic figure or historic event,” according to the Rock Hill Herald.

Changing the state law requires a two-thirds vote of the General Assembly, the publication added.

Given that it’s difficult to get two-thirds of SC lawmakers to agree on what day of the week it is, it’s unlikely that anyone could gather enough support to rename Tillman Hall.

However, that doesn’t mean that Winthrop can’t use the building’s name as a chance to highlight Pitchfork Ben Tillman’s backwardism or how much damage his views have done to South Carolina over the decades.

Lest there be any doubt where Tillman stood on the race issue, consider his own words, uttered in 1900 while he was a US senator:

“We have done our level best (to prevent blacks from voting) … we have scratched our heads to find out how we could eliminate the last one of them,” he said. “We stuffed ballot boxes. We shot them. We are not ashamed of it.” 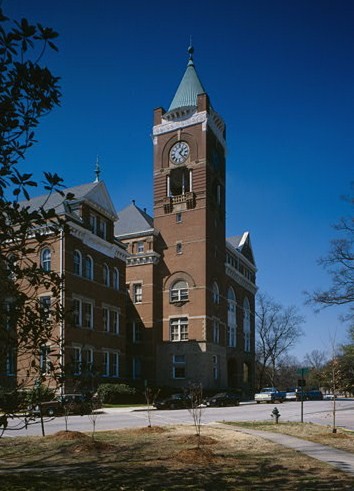 The bottom line was that the black man, in Tillman’s own words, “must remain subordinate or be exterminated,” according to Stephen Kantrowitz’s 2000 book Ben Tillman and the Reconstruction of White Supremacy.

Tillman’s populist rabble-rousing and demagoguery got him elected governor in 1890, turning out the conservative Bourbons. He was re-elected two years later.

He is said to have pioneered the use of race to mobilize white voters, and historian James M. McPherson has claimed that Tillman “created the model for two generations of Southern ‘demagogues.’”

As early as 1937, historian Francis Butler Simkins wrote that “the modern reactionary attitude toward the Negro dates from Ben Tillman and represents one of the most significant ways in which he influenced American life.”

In addition to doing his best to poison already strained relations between the races, Tillman is also remembered for his efforts to convene the state’s 1895 Constitutional Convention, which resulted in a new state constitution, replacing one adopted in 1868, a decidedly more democratic document that was written during Reconstruction.

The 1895 Constitution disfranchised blacks and established white supremacy in several ways, including the use of registration and residency restrictions.

These included giving county vote supervisors discretion to register or refuse to register voters by requiring them to read a section of the state Constitution or understand it when read to him by the registrar, according to Cole Blease Graham, a University of South Carolina Political Science professor.

Given the miserly appropriations allotted for the education of black children, the fact that just 30 years after the end of the Civil War South Carolina was still populated by many former slaves and the unvarnished truth that many whites didn’t want blacks voting in the first place, these literacy tests succeeded in disenfranchising minorities across the state.

Beyond that abomination, the Tillman-orchestrated 1895 constitution has held South Carolina back for nearly 120 years.

One of its main goals was to ensure that no black or, to a lesser degree, upper class Bourbon governor ever got too much power, so the men that passed the 1895 charter made certain that the state’s governor had as little power as possible, while the state’s Supreme Court justices – including its chief justice – were elected by lawmakers.

And legislative leaders over the many decades since 1895 have largely strived to keep a tight grip on power.

As a result, the state has never had the separation of powers that most other states enjoy, with the result being that a handful of key legislators in the General Assembly have been able to dictate the direction of the state, nearly always to serve their personal interests.

So while perhaps Winthrop University’s figurative hands are tied regarding the name of Tillman Hall, that doesn’t mean the school has to sit idly by and act as if it is unaware of Tillman’s legacy.

Indeed, Winthrop could use the fact that this reprehensible individual’s name is on its most picturesque building as a “teaching moment.”

(Top: Ben Tillman, while serving in the US Senate.)

12 thoughts on “We can’t erase Pitchfork Ben, but we can learn from him”