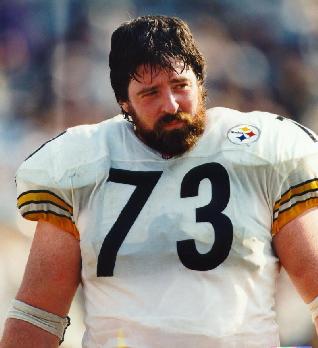 It is not news to anyone who follows professional sports that the National Football League has some serious problems, including issues with domestic abuse, banned substances and players suffering debilitating and life-shortening injuries with all-too alarming frequency.

While this crisis seems to some a recent phenomenon, it’s not. The light has only been shined on it with greater intensity recently.

I remember when I got my first real inkling that something was wrong – really wrong – with professional football. It was perhaps 18 or 19 years ago, while watching a game involving the Pittsburgh Steelers. I don’t remember who the Steelers were playing, but I do remember a specific play which was run toward the Steelers’ sideline, where Pittsburgh players not in the game were standing.

As one of the opposing players slowed up as he ran out of bounds at the end of the play, a Pittsburgh player standing along the sideline took the opportunity to deliver what in football parlance is known as a “forearm shiver,” clocking his opponent with a forearm to the head. As the opponent, not surprisingly, wasn’t expecting a blow, it had a powerful effect.

I remember the network catching the infraction and showing it again, and highlighting the culprit. It was Justin Strzelczyk, a grizzly bear of an offensive lineman. The incident was shocking not because of what happened – most every NFL game has cheap shots and late hits – but because of who committed the offense.

It stunned me because Strzelczyk, who I’d known in college, had been one of the most easygoing individuals I’d known during my time at the University of Maine. He may have been a 6-foot-6, 250-plus pound football player, but he was a genuinely good-natured guy.

I’d actually met him during his recruiting visit to Maine in 1986, when he was still a senior in high school. My dorm room was across the hall from that of one of the captains of the football team. Recruits are paired up with current team members when they visit campus and Strzelczyk spent the weekend of his recruiting visit across the hall, when he wasn’t out getting his first taste of college life.

That weekend, amid the beer, girls and good times of college, Strzelczyk was in hog heaven. I wasn’t surprised when he opted to attend Maine. We remained friends and would chat whenever we  bumped into each other on campus up until I graduated in 1988.

Strzelczyk continued to improve and was a starter and standout during the latter part of his career at Maine. The last time I saw him, ironically, was in April 1990. I’d gone back to Maine to visit some friends still in school and it happened to be the first day of that year’s NFL draft.

While walking on campus we saw each other and talked briefly; I asked him if he thought he’d be drafted. He replied that he hoped so, but he’d have to wait and see. He still had an easy way about him, despite the fact that he was hours away from learning what the future held for him.

In the end, the Pittsburgh Steelers picked him in the 11th round, No. 293 overall. Normally, 11th round draft choices don’t have much of chance of making it in the NFL, but Strzelczyk, who had size, aptitude and desire going for him, made the team.

His career came to a close, as nearly all do in the NFL, because of an injury. He suffered a quadriceps tear during a game in 1998, and then was hurt the following year in bar fight. Finally, he suffered another injury during a celebrity hockey game in 2000 and was shortly afterward released by the Steelers.

Without football, Strzelczyk’s life seemed to come apart at the seams. He and his wife of eight years divorced in 2001; he was arrested for drinking and driving in 2003; and his behavior became increasingly erratic.

In the early hours of Sept. 30, 2004, 10 years ago tomorrow, Strzelczyk hopped in his truck at his Pittsburgh-area home and began driving north, toward Buffalo. As the morning wore on, his speed reached 100 miles per hour and he bumped another vehicle from behind. Shortly before 8 a.m., New York state troopers began pursuit.

As troopers began what would be a 37-mile pursuit on Interstate-90, Strzelczyk began tossing things from his truck: A bottle, papers and a folder containing the truck’s manual, according to the Pittsburgh Post-Gazette. 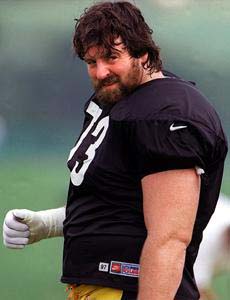 With the road blocked further north, Strzelczyk cut across the median and sped headfirst into opposing traffic. He would travel for several miles going against traffic before colliding head-on with a big-rig at 90 miles per hour. The driver of the big-rig survived, but Strzelczyk died instantly. He was 36 and left behind two young children.

Toxicology reports showed that Strzelczyk had no alcohol or drugs in his system. Investigators also don’t believe he hit the big-rig in an attempt to kill himself, as he passed innumerable vehicles prior to the fatal collision.

A postmortem autopsy revealed that Strzelczyk had suffered from brain damage, possibly due to his years of playing football.

Strzelczyk is one of several former NFL players to have been found post-mortem to have had a condition similar to that generally found only in boxers with dementia or people in their 80s, according to the New York Times.

Strzelczyk’s brain was examined by Dr. Bennet Omalu, a neuropathologist at the University of Pittsburgh School of Medicine, after he received permission from Strzelczyk’s mother.

Images of Strzelczyk’s brain showed “four red blotches on an otherwise tranquil sea,” according to the Times.

“This is irreversible brain damage,” Omalu said. “It’s most likely caused by concussions sustained on the football field.”

I remember reading about Strzelczyk’s death the morning after it happened while in Raleigh on a business trip. I’d followed his career but hadn’t had contact with him since that day in 1990 when he was about to be drafted. I was proud of the success he’d enjoyed over the years, but had no idea of the demons that pursued him.

I did know, however, that football had changed him – not in the way that it changes so many, with the sudden flood of wealth – but instead altered the nature of who he was, from a happy-go-lucky guy to, ultimately, someone who just wasn’t right. I knew that the player who took the cheap shot on an opponent on the Pittsburgh sidelines nearly 20 years ago wasn’t the same person I’d known in college.

Football hurt Justin Strzelczyk in ways that he couldn’t identify and, most likely, it ultimately killed him.

What’s the lesson in all this? I don’t know. Professional football remains incredibly popular in the United States, despite the litany of broken bodies. Those that make it to the NFL often have hearts the size of Texas. Still, no matter how much fortitude one possesses, it can’t offset the brutal effect that years of physical trauma can have on the brain. In the end, the quest for fleeting glory can result in very deep and very long-term debts.