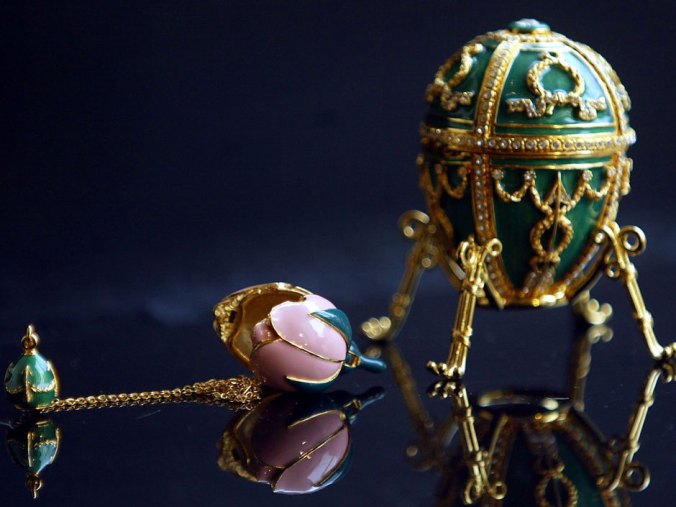 A Russian billionaire opened a museum Tuesday to display his collection of Fabergé eggs, the famed creations jeweler Carl Fabregé made for the Russian royal family in the late 19th and early 20th century.

Viktor Vekselberg’s museum, called the Fabergé Museum, is located in the Shuvalov Palace in the center of the former imperial capital of Saint Petersburg

The museum features nine Fabregé eggs, originally made for the Russian Czars Alexander III and Nicholas II as Easter gifts for their wives and mothers, as well as thousands of jeweled objets d’art.

Vekselberg bought the collection of eggs from the estate of the Malcolm Forbes, the late publisher of Forbes magazine, in 2004, vowing to bring them back to Russia, according to Agence France-Presse.

The jeweled eggs with enamel and painted details include one given by Nicholas II to his mother, Maria Fyodorovna, which is decorated with his portrait as well as that of his heir, Alexei.

Another egg made in 1895 to celebrate the first anniversary of Nicholas II’s coronation has a surprise inside: a model of a tiny gold carriage. Others contain a gold hen and an enameled rosebud.

Nicholas, Alexei and the rest of the immediate royal family, along with the family’s medical doctor and several servants, were executed by the Bolsheviks in July 1918.

Fabregé, who was the Romanov’s court jeweler, made 50 imperial eggs; some 42 are known to have survived.

The tradition began in 1885 when Czar Alexander III gave his wife Maria Fyodorovna a richly jeweled egg for Easter. 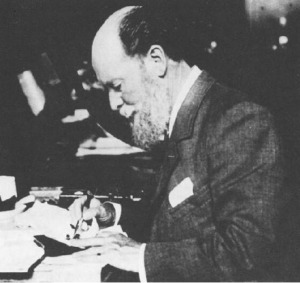 The Bolsheviks sold many of the eggs abroad to raise money after the October Revolution. Others were smuggled out by surviving members of the Romanov family, while still others were sold off by Joseph Stalin.

Vekselberg’s collection of Fabregé objects is rated as one of the world’s most valuable. The price was not disclosed when he made the purchase, but it is believed he paid around $100 million.

Vekselberg, the head of aluminum, energy and telecom conglomerate Renova Group, is worth more than $15 billion, making him Russia’s fourth-richest businessman, according to Forbes.

The 18th-century mansion housing the museum originally belonged to Ivan Shuvalov, a favorite of Czarina Elizabeth, who ruled Russia from 1741-1762. It was used for welcoming international delegations in Soviet days, according to Agence France-Presse.

“The inauguration of this museum is a great event for all of Russia,” said Culture Minister Vladimir Medinsky at the opening. “Now we have the chance to see this beautiful and precious collection in Saint Petersburg.”