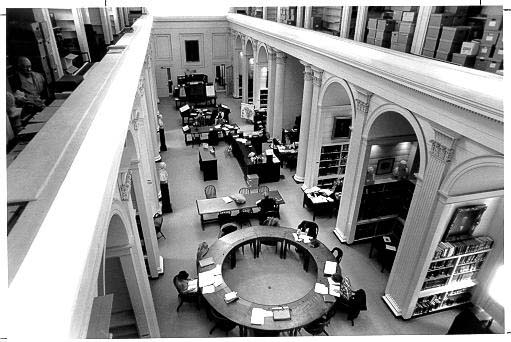 Over the past few years a variety of commentators have questioned the need for a college education.

Skyrocketing tuition costs and an increased demand for jobs that don’t require a college degree are often cited as reasons to consider skipping the university experience.

And while college certainly isn’t for everyone, overall it’s a poor bet financially to skip the higher education route.

According to the Census Bureau’s Current Population Survey, in 2011 the median income of a high school grad who never attended college was $28,659; for those with some college but no degree, it was $32,036.

That said, the benefits of a college education go far beyond dollars and cents.

There’s no substitute for the learning that takes place on a university campus, both inside and outside the classroom.

What can’t be quantified in financial terms are the intangibles: the nurturing of critical thought; of exposing individuals to the seminal accomplishments of mankind; of developing the ability to not only listen actively but to respond intelligently.

Even the oft-maligned liberal arts education has very real value, as David Brooks of the New York Times pointed out in a 2010 article:

Studying the humanities improves your ability to read and write. No matter what you do in life, you will have a huge advantage if you can read a paragraph and discern its meaning (a rarer talent than you might suppose). You will have enormous power if you are the person in the office who can write a clear and concise memo.

Studying the humanities will give you a familiarity with the language of emotion. In an information economy, many people have the ability to produce a technical innovation: a new MP3 player. Very few people have the ability to create a great brand: the iPod. Branding involves the location and arousal of affection, and you can’t do it unless you are conversant in the language of romance.

Studying the humanities will give you a wealth of analogies. People think by comparison – Iraq is either like Vietnam or Bosnia; your boss is like Narcissus or Solon. People who have a wealth of analogies in their minds can think more precisely than those with few analogies. If you go through college without reading Thucydides, Herodotus and Gibbon, you’ll have been cheated out of a great repertoire of comparisons.

There’s nothing wrong with doing a cost-benefit analysis when it comes to time to pick a college, or to decide whether to attend college.

But if all you’re using as a measuring gauge is dollars and cents, then you’re applying a myopic vision to what can be a multi-dimensional experience and likely missing the bigger picture of what the college experience entails.

And even if you simply want to go with earning power as the sole basis for your decision, higher education is still a sound decision.

3 thoughts on “College: An investment with many rewards”