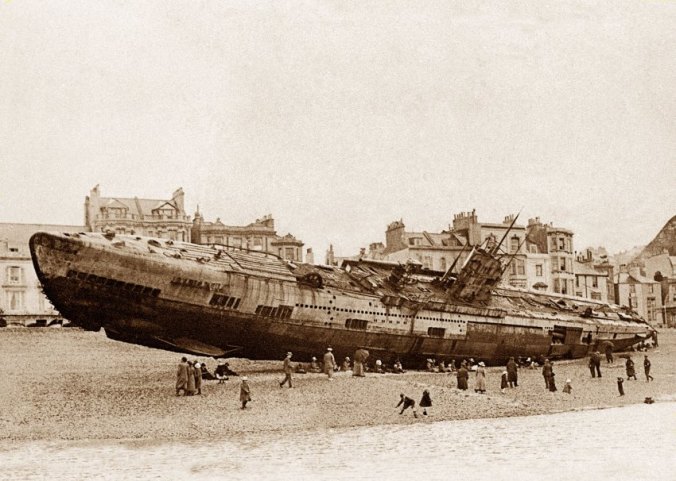 The scope of a recent discovery of sunken World War I submarines is so vast that it leaves one wondering whether initial reports are accurate.

The German magazine Der Spiegel is reporting that British archaeologists have found more than 40 German U-boats and three English submarines sunk during First World War off the coast of England.

Most of the U-boats sank with their crews onboard and several were still considered missing until their recent discovery, nearly a century after they were lost.

“The marine archeologists were struck by the fact that sometimes two or three German U-boats were found lying in close proximity to one another,” according to the publication. “For historians, this serves as evidence of a certain German combat strategy in an especially drastic phase of the U-boat war.

“In February 1917, the (German) Imperial Navy had altered its strategy and was now torpedoing and firing guns at British commercial ships on a large scale,” Der Spiegel added. “The Royal Navy reacted by providing the freighters with warship escorts, as well as using airships and aircraft to spot enemy submarines from above.”

While German military strategists devised a plan to break up these massive convoys by attacking with several U-boats at the same time, what became known as a wolfpack, the strategy was difficult to implement in the Great War because it required the coordination of complex maneuvers.

In all, British underwater archaeologist Mark Dunkley and three other divers found 41 German and three English submarines from World War I on the seafloor along the southern and eastern coasts of the United Kingdom.

All the sunken submarines are relatively close to the coast, at depths of 50 feet or less.

Archaeologists will undoubtedly find the remains of sailors inside wrecks, according to the German publication.

“Many have forgotten how successful the German U-boat fleet was for a time,” Dunkley said.

At the start of World War I, the German Navy had just 29 U-boats, but within the war’s first 10 weeks, they had sunk five British cruisers. Not surprisingly, the German High Command responded by authorizing the building of hundreds more submarines.

The real damage, however, came from shipping losses, as U-boats sank some 11 million tons of cargo during the 1914-18 conflict, creating considerable consternation among the English, who were surrounded by the sea.

However, submarine duty was extremely hazardous. Nearly half of all German submarines – 187 of 360 – were lost during the war.

At present, the British researchers are attempting to assess the conditions of the submarines, to determine the extent of corrosion on the ships’ hulls.

(Top: SM U-118, a German mine-laying submarine, lies on the beach in Sussex, England, after running aground while been towed to France to be broken up for scrap in April 1919.)

4 thoughts on “U-boat graveyard found off coast of UK”