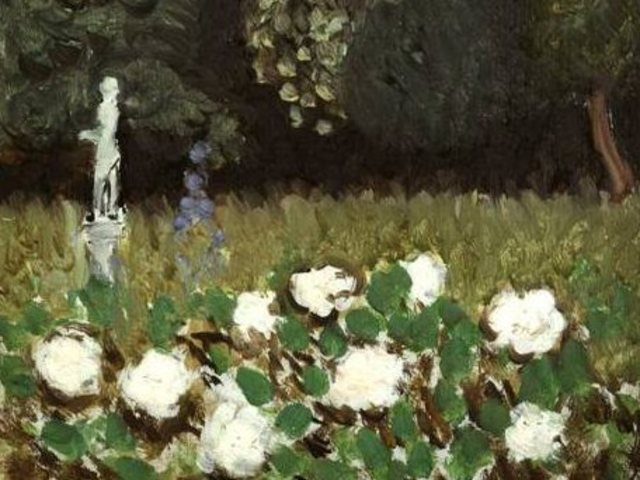 A quarter century after an impressionist work by Henri Matisse was taken from a Swedish museum by a thief wielding a sledgehammer, the 1920 painting has been recovered.

The work, “Le Jardin,” an oil on canvas now worth approximately $1 million, was about to be sold when dealer Charles Roberts ran it through a global database of stolen art – standard practice before a sale, according to Agence France-Presse.

Roberts, who runs Charles Fine Art in southern England, said he was stunned to discover the Matisse had been filched in May 1987.

“It’s not something that happens every day,” Roberts said. “I’m glad I found out now rather than later.”

Roberts said the current Polish owner, whom he did not name, had bought the artwork in good faith 20 years ago, according to the Associated Press.

Christopher Marinello, a lawyer working with the London-based Art Loss Register, which tracks stolen, missing and looted art, said the painting, valued at about $1 million, would be returned to Stockholm’s Moderna Museet.

Stolen art is a lucrative industry with as much as $7 billion worth of thefts every year, Marinello told The Daily Mail.

Last year thieves made off with paintings by Picasso, Matisse, Monet and other prominent modern artists from Rotterdam’s Kunsthal museum worth tens of millions of dollars, according to the British publication.

“If thieves cannot collect a ransom from insurers or owners, the art is sold on the black market, often for a fraction of its real worth, or even exchanged for drugs or guns,” The Daily Mail added.

“Le Jardin” was snatched from the gallery during a nighttime raid in May 1987 in which the criminal smashed his way in with a sledgehammer, snatched the painting and absconded before authorities could arrive.

Several attempts were made to ransom the painting or sell it back to the museum for a huge sum, according to reports at the time, but the museum refused, and the trail went cold until last month, Agence France-Presse reported.

Museum’s director Daniel Birnbaum was ebullient over the painting’s discovery after so long.

“We are reassured that the painting appears to be in good condition and look forward to having someone from the museum staff look at it,” he said.

Birnbaum said he was in contact with the Swedish Culture Ministry about the formal return of the painting.