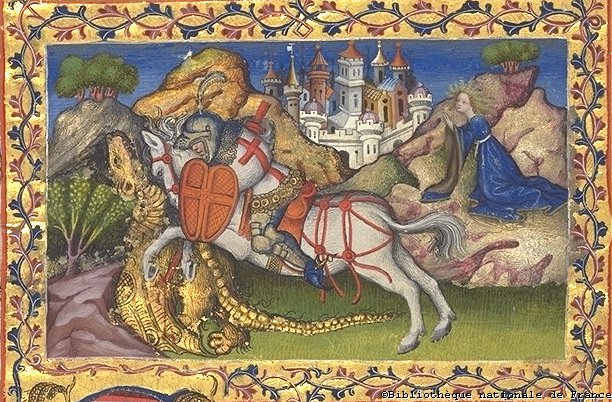 The fruits of the Europeana Regia project, a 30-month effort which involved the digitization of more than 850 rare manuscripts from the Middle Ages and Renaissance, offer a tantalizing glimpse into a world where the written word’s beauty was as important as its meaning.

Three collections of royal manuscripts – the Bibliotheca Carolina, the Library of Charles V and Family, and the Library of the Aragonese Kings of Naples – were scattered among five major libraries in four countries.

But the Europeana Regia project, with the support of the European Commission, has brought the different collections together online, with each representing a distinct period of history.

Parts of all were dispersed among different European libraries.

This is the first time that the public at large will have easy access to some of Europe’s most precious Medieval and Renaissance manuscripts, according to information aggregator called ResourceShelf.

The 874 manuscripts that make up these three collections are accessible on the websites of the partner libraries: the National Library of France, located in Paris; the Bayerische Staatsbibliothek in Munich; the Historic Library of the University of Valencia, Spain; the Herzog August Library in Wolfenbüttel, Germany; and the Royal Library of Belgium in Brussels.

“Several European libraries have worked together to virtually reconstruct the exceptional royal libraries of the Carolingian emperors, Charles V of France and the Aragonese Kings of Naples,” according to a project primer. “The exhibition showcases the most sumptuous of manuscripts, chosen because of the historic importance of their texts, the workmanship of their illuminations and their luxurious bindings.”

From: The Passion Isabeau

Among the 426 work chosen from the Bibliotheca Carolina is a psalter created toward the end of the Carolingian Empire.“Preserved in its original form, this manuscript combines elegant copy, luxurious paintings and an exceptional binding,” according to the Europeana blog. “Liuthard, an artist who worked at the Palace School around 869-870, is responsible for its production, including the text which is written in gold ink using uncial script (capital letters) for the psalms and Caroline minuscule for liturgical texts, with the incipits (the first few words of an opening line) on purple bands with painted initials.

“The manuscript is covered with a precious and lavish binding featuring knotwork, filigree and inlaid gems and pearls, framing ivory panels that represent passages of the Old Testament,” the Europeana Regia site adds.

Depicted with the psalter is Charles the Bald, a grandson of Charlemagne, and St. Jerome.

Charles the Bald (823-877) gave the psalter to Metz Cathedral in Lorraine, France, where it was kept until the 17th century. In 1674, it was acquired by Jean-Baptiste Colbert, and finally entered the Royal Library in 1732.

The Library of Charles V and Family reunites 163 manuscripts which once belonged to the king’s collection, and also includes a number of manuscripts from the libraries of his brothers, Jean, duc de Berry, and Louis d’Orléans, both renowned bibliophiles, according to the Europeana Regia site.

The Charles V Library represents more than a vast collection of books, however; it symbolizes the rise of French as a language of learning and its establishment as the language of French government.

Among the manuscripts in Charles V’s library is the Grandes Chroniques de France. It was not only made especially for the French monarch, but its production was almost certainly supervised by the Valois ruler.

As a symbol of the authority and prestige of the sovereign, the Grandes Chroniques de France was written, illuminated and corrected with great care, according to the Europeana blog.

Two copyists worked on the text: Henri de Trévou, who copied the Chroniques de Saint-Denis before 1375; and Raoulet d’Orléans, who copied the chronicles of the reigns of Jean le Bon and of Charles V around 1377-1379.

“Like the choices in text, the iconographic cycle, produced by no less than five illuminators, is also very representative and is an important part of the apologia (formal written defense) of French royal power,” according to the Europeana Regia site.

“Moreover, the chronicles of the reign of Charles V are particularly interesting because they were still very recent events at the time they were written,” the website adds. “They are highly illustrated – note particularly the report of Emperor Charles IV’s visit, which is portrayed in 18 miniatures. This visit of the King’s uncle, in early 1378, had a high symbolic and political value in reinforcing the French King’s power.”

The royal library assembled by the Aragonese kings, some 282 documents, began with the efforts of Alfonso V in 1443 and is typical of 15th century royal collections.

However, the collection didn’t stay together long as it was broken up barely half a century after first being amassed.

King Federico III sold part of it to Cardinal George d’Amboise while in exile in France. Federico’s son, the Duke of Calabre, succeeded in keeping a great part of the manuscripts and he took these to Valencia in order to build the library up again. Meanwhile in Naples, French King Charles VIII appropriated another part of the collection.

One of the more interesting works from the Aragonese royal library is the Book of Hours, made for Frederic of Aragon, former King of Naples. Frederic fled Naples when French troops arrived in 1495, and was exiled from the end of 1501 until his death in late 1504.

Three artists collaborated on this manuscript:

The Italian Giovanni Todeschino, who followed Frederic in France between winter 1501 and spring 1502, created the Italian iconographic program and illuminated some of the frames and frontispieces.

Famed French artist Jean Bourdichon illuminated the figurative scenes which were glued onto the pages.

An assistant of Bourdichon, nicknamed Master of Claude de France, worked on the illuminations of part of the frames, copying the style of Todeschino.

The Europeana Regia project offers a wonderful example of how modern technology can help bring the wonders of the Medieval and Renaissance world into our living rooms.

While much of what is accessible through this effort may be difficult to comprehend, at least partly as a result of difficulties inherent in trying to decipher foreign languages, particularly archaic forms of foreign languages written in florid style, one can’t help but be impressed by the artistry and dedication that went into each of these works.

In a world today where the lifespan of nearly all man-made items is measured in months, or, at most, a few years, being able to inspect craftsmanship that’s endured, in some case, for more than a millennium is an eye-opening experience.

(Above: Illumination from the Breviary of Martin of Aragon, one of the books digitized in the Europeana Regia project. The Breviary of Aragon resides at the Bibliothèque nationale de France.)