Asian scientists still believe they may be able to resurrect the long-extinct woolly mammoth, but don’t expect to see the Ice Age behemoths at your local zoo any time soon.

A team of Russian and South Korean researchers said they had discovered mammoth tissue fragments buried under meters of permafrost in eastern Siberia that could contain living cells.

“The existence of the cells – perhaps too few to achieve successful cloning, and treated with skepticism by many stem cell scientists – must still be confirmed by a South Korean lab,” according to Agence-France Presse.

But expedition member Sergei Fyodorov of Russia’s Northeastern Federal University said the discovery in the far north of the vast Yakutia region of eastern Siberia could lead to actual woolly mammoth cloning attempts.

“It seems that some of the cells still have a living nucleus. We saw that with portable microscopes on the spot – the cells appeared in color,” he said.

END_OF_DOCUMENT_TOKEN_TO_BE_REPLACED

Of the many giants of the 19th century, few were as accomplished as Sir Richard Francis Burton.

Relatively unknown today, Burton was a fascinating character who could speak more than two dozen languages, was the first European to see Lake Tanganyika and served as a British diplomat in several countries.

But the above hardly does justice to Burton’s accomplishments. Born in 1821, he was a British geographer, translator, writer, soldier, orientalist, cartographer, ethnologist, spy, poet and fencer, in addition to being a linguist, explorer and diplomat.

He was known for his travels and explorations within Asia, Africa and the Americas, as well as his extraordinary knowledge of languages and cultures.

Burton’s best-known achievements include traveling in disguise to Mecca, a feat he accomplished in the early 1850s.

END_OF_DOCUMENT_TOKEN_TO_BE_REPLACED 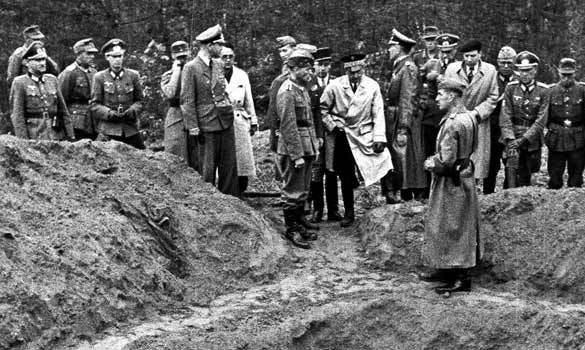 For decades Soviet officials blamed the massacre of 22,000 Polish prisoners of war during World War II on the Nazis. The truth didn’t officially come out until 50 years later, when Soviet reformer Mikhail Gorbachev publicly admitted his nation’s responsibility for the mass slaughter.

However, recently declassified documents, released Monday, show that American POWs sent secret coded messages to Washington, DC, with news regarding the massacre at the Katyn Forest that offered proof that the Germans could not have committed the killings.

The information, though, was suppressed by the US government, possibly because President Franklin Roosevelt didn’t want to draw the ire of Soviet leader Josef Stalin, whom the Americans needed to help defeat Germany and Japan, according to The Associated Press.

The Katyn massacre was a mass execution of Polish nationals carried out by the Soviet secret police the spring of 1940. The victims were murdered with pistol shots to the back of the head, killed in the Katyn Forest in Russia, Kalinin and Kharkiv prisons, and elsewhere.

Of the total killed, about 8,000 were officers taken prisoner during the 1939 Soviet invasion of Poland, another 6,000 were police officers, and the remainder were Polish intelligentsia arrested for allegedly being “intelligence agents, gendarmes, landowners, saboteurs, factory owners, lawyers, officials and priests.”

The Soviets’ aim was to eliminate a military and intellectual elite that would have put up stiff resistance to Soviet control, according to The Associated Press.

A 2004 report by the Commission for the Prosecution of Crimes Against the Polish Nation said the killings were specifically intended destroy the strength of the Polish nation: “The physical elimination of these people was meant to prevent the rebirth of Polish statehood based on their intellectual potential.”

END_OF_DOCUMENT_TOKEN_TO_BE_REPLACED

A 91-year-old fighter pilot was reunited with the Spitfire he flew on his final World War II mission nearly seven decades ago this past weekend.

Lt. Rolf Kolling journeyed from his home in Norway to the North Weald Airfield in Essex, England, last Friday to catch of a glimpse of the Mark IX Spitfire he last piloted in late April 1945, in the waning weeks of the Second World War.

Kolling was joined by wingman and compatriot Eigel Stigset at the home of 332 Squadron, where celebrations took place to mark the 70th anniversary of the wartime links between North Weald and Norway, according to The Daily Mail.

The pair belonged to the Royal Air Force’s Norwegian wing in 1939-1945 conflict.

Returning to the base brought back bittersweet memories for Kolling, who during his combat career of 120 sorties was credited with one confirmed kill – a Focke Wulf – and a share in one probable – an ME 109, The Daily Mail reported.

In an interview with The Telegraph, Kolling said: “Four Spitfires would go up. And none would come back. Two pilots would be dead. Two would be prisoners of war. Every time you got into the cockpit, you knew it could be your last flight.

END_OF_DOCUMENT_TOKEN_TO_BE_REPLACED 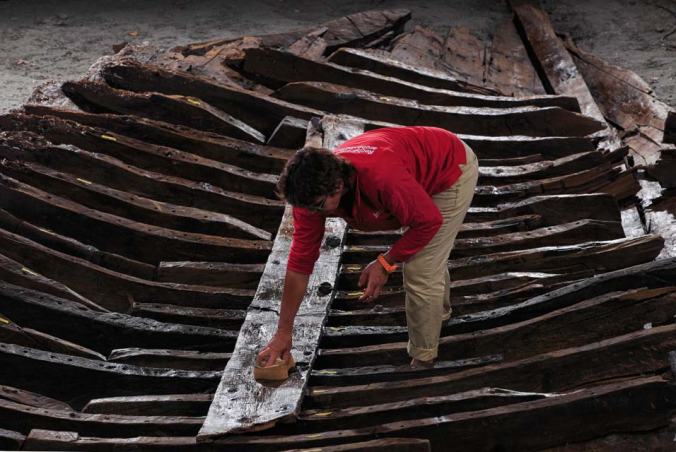 It’s been nearly 2,000 years since a Roman cargo ship sank in shallow waters along what is now known as the French Riviera.

Yet, not only are saw and wood-cutting marks still visible on the vessel’s frame, but archaeologists have even found a small caulking brush that was likely left in the ship’s hold during construction.

The wreck was discovered in May during a dig in Antibes, in Southeastern France. The excavation was being done prior to the construction of a parking lot on the site of the ancient Roman port of Antipolis, according to an article that first appeared in the French newspaper Le Monde.

Archaeologists have gradually uncovered a 50-foot length of hull and structural timbers, described as being in “exceptional” condition, according to Giulia Boetto, a specialist in ship design at Aix-Marseille University who is involved in the dig.

“The remains consist of a keel and several boards that covered the hull, held together by thousands of pegs inserted into sheave slots cut into the thickness of the boards,” according to artdaily.org. “Around forty transverse ribs are present, some of which were attached to the keel with metallic pins.”

The ground in which the vessel was discovered is permanently waterlogged, which prevented the timber from rotting and decomposing, Le Monde reported. In addition, sprinklers have been used to keep the ship’s remnants moist since it was found.

It is believed the vessel, which was probably about 72 feet long and about 20 feet across, sank in the second or third century.

END_OF_DOCUMENT_TOKEN_TO_BE_REPLACED 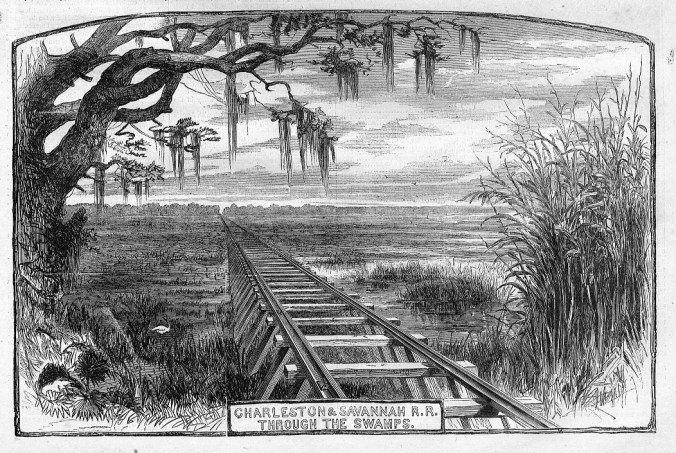 The US Civil War is seen as the first major military conflict in which railroads played a key role.

Besides being essential to communication, railroads were used by both North and South for transporting troops and supplies, beginning with the first major battle of the struggle, First Manassas, in July 1861.

But the South was at a decided disadvantage when it came to rail infrastructure, according to the 2008 book Vital Rails: The Charleston & Savannah Railroad and the Civil War in Coastal South Carolina.

“Because of their inferior construction, most Southern railroads of the time could sustain only light traffic. Heavy grading was avoided if at all possible, and most tracks were laid directly on thin earthen embankments,” author H. David Stone Jr. writes.

“At certain points along the road, the clay-enriched soil used for embankments retained so much water that the constant addition of sand and gravel was required for preservation of the grade,” Stone adds in his work, published by the University of South Carolina Press.

END_OF_DOCUMENT_TOKEN_TO_BE_REPLACED

In the category of things that would never fly in a republic, South Africa’s Zulu king is asking the government to lay out $700,000 to build a palace for his sixth wife.

King Goodwill Zwelithini is asking for appropriation because Queen Zola Mafu, the king’s youngest wife, is sharing a palace with one of his other wives.

In addition, the king wants $1.4 million to upgrade the place of Queen MaMchiza, his fifth wife.

Not surprisingly, this isn’t sitting well with everyone, as the KwaZulu Natal government, one of nine provincial administrations, has already budgeted about $6.9 million for the royal family this year, according to the BBC.

“Opposition parties have previously accused the king, his wives and more than 25 children of lavish spending,” it added.

END_OF_DOCUMENT_TOKEN_TO_BE_REPLACED

Called “the most beautiful, the greatest and most magnificent floor” ever created, the sweeping marble panels which make up the floor of the Siena Cathedral in Italy are so spectacular that they are unveiled for just a few weeks each year.

Made up of 56 panels designed by some 40 artists, the inlaid panels are usually covered to protect them from the thousands of visitors who flock to Siena each year, according to Agence France-Presse.

They depict vivid stories from the Bible and classical antiquity, in black, white, green, red and blue marble, with some dating back to the 14th century.

The marble mosaics cover the entire floor of the cathedral.

Most of the panels, created between the 14th and 16th centuries, have a rectangular shape, but the later ones are hexagons or rhombuses.

They represent many different concepts, including the sibyls, scenes from the Old Testament, allegories and virtues.

END_OF_DOCUMENT_TOKEN_TO_BE_REPLACED 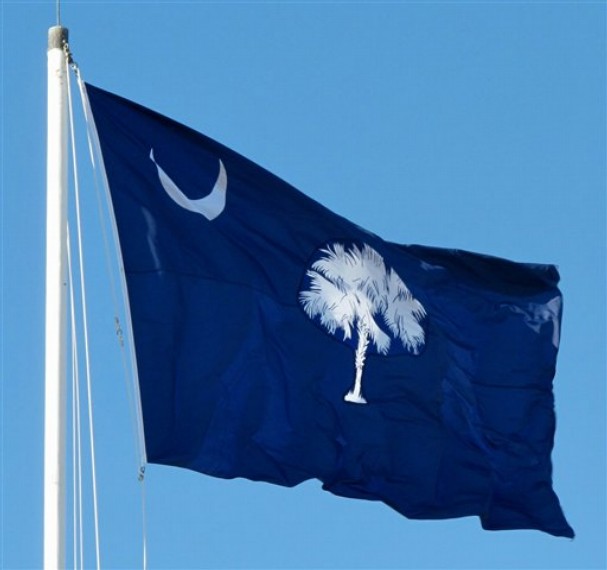 Compile a list of best-looking US state flags and South Carolina’s would be near the top.

With a white palmetto tree and crescent moon on an indigo background, South Carolina’s banner offers an elegant simplicity that enables it to stand out among a group which include many cluttered, mismatched designs that, quite frankly, are often anything but inspirational.

Interestingly, the flag that flies over the state capitol today in Columbia wasn’t designed as a state standard, but, rather, as a national flag.

In the days after South Carolina seceded from the Union on Dec. 20, 1860, the adoption of a new flag was an issue of great importance to the state Legislature.

Journals of the SC House of Representatives and the Senate from Dec. 21, 1860, through Jan. 28, 1861, reveal the legislative wrangling regarding which design would represent the newly independent Republic of South Carolina, according to a 1915 article “The Flag of the State of South Carolina,” written by South Carolina historian A.S. Salley and published by the S.C. Historical Commission.

Salley detailed some of the Legislature’s proceedings: