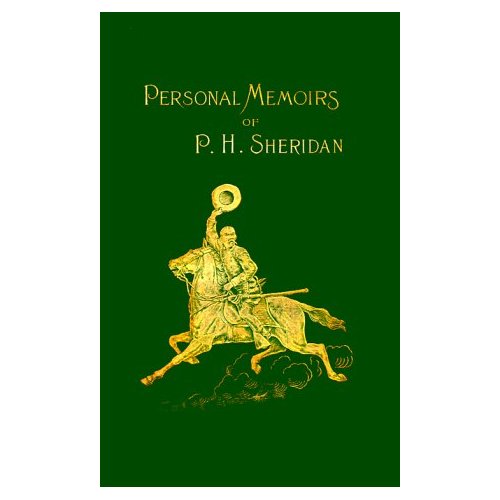 Among the more interesting aspects involved with historical research is coming across a library book that likely hasn’t seen the light of day in decades, or even longer.

Once, it was possible to determine how long a book had sat on the shelves by inspecting its “date due” card.

For you youngsters, date due cards were found in sleeves inside the front or back cover of a book and contained a library book’s title, author and Dewey Decimal information at the top. The rest of the card featured lines with spaces to record the borrower’s name and the date the book was due to be returned.

But with the advent of modern technology, date due cards have gone the way of rotary phones and record players.

Another way to gain insight into whether a book has been sitting for a long, long time is to stumble across bits of yesteryear tucked inside an old volume.

Doing research for Civil War-related project, I recently checked out the Personal Memoirs of P.H. Sheridan, the two-volume autobiography of the famed Civil War Federal Cavalry general, from the local county library.

The set I was working with was a first edition, issued in 1888; and judging from the piece of paper I found inside (see below), it would appear that it’s been nearly that long since anyone has bothered to open the cover of either tome.

It’s a tax bill from the Borough of East Stroudsburg, Pa., for 1905, sent to one George W. Mount.

I found the relic tucked inside Volume II of Sheridan’s Memoirs, located in the middle of Chapter 13, amid a section dealing with the defeat and death of Southern Cheyenne Chief Black Kettle in late 1868.

According to the document, which can be clicked on to be enlarged, Mr. Mount owned a lot at the corner of Brown Street and Lincoln Avenue, valued at $1,800. In addition, he had some bit of property (something I can’t decipher) valued at $200.

As a result, his total net worth, according to the Borough of East Stroudsburg, was $2,000.

According to the tax bill, “The above are taxable for county purposes at the rate of 3 mills per dollar.”

If my admittedly feeble grasp of how property taxes are assessed is correct, Mr. Mount would have owed East Stroudsburg $6 in taxes for 1905.

As far as Sheridan’s book, if Mr. Mount got as far as midway through the second volume, it was a yeoman’s effort. Like many Civil War autobiographies, Sheridan’s Memoirs are self-serving and boastful. He claims victories where none existed and gives himself plaudits where none were deserved.

However, to Sheridan’s credit, his move to the East in 1864 to head Union cavalry in that theatre did mark the beginning of a significant improvement in the quality of Federal mounted efforts.

Perhaps Mr. Mount’s interest in Sheridan came as a result of his own personal experience.

According to information available through the National Park Service’s Solider and Sailor database system, which includes data on the vast majority of men who fought for both the North and the South during the War Between the States, George W. Mount served as first sergeant in Co. E of the 67th Pennsylvania Infantry Regiment, enlisting in 1862 and serving until his unit was mustered out after the war’s end.

The unit was organized in Philadelphia in early 1862 and saw action in several major battles later in the war, including the Battles of the Wilderness and Spotsylvania Court House, and the Siege of Petersburg.

In addition, and this may be what piqued Mr. Mount’s attention in Sheridan’s Memoirs, the 67th Pennsylvania participated in Sheridan’s Shenandoah Valley Campaign from August 1864 until December 1864.

The unit was on hand at Appomattox Court House in April 1865 for the surrender of the Army of Northern Virginia, and was mustered out of service in July of that year.

As for George W. Mount, he lived until 1911, dying at age 69. He is buried in the Stroudsburg Cemetery in Stroudsburg, Pa.

However, It is not clear whether Mr. Mount attended that late December appeal meeting to seek a reduction in his 1905 county property tax bill of $6.