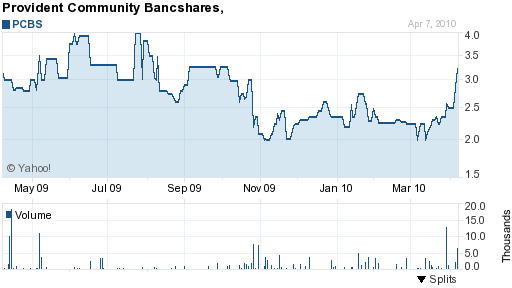 Provident Community Bancshares posted a loss of $101,000 for the quarter ended March 31, compared to a $1.7 million loss a year earlier, according to information filed with the US Securities and Exchange Commission.

Deposits for the Rock Hill-based parent of Provident Community Bank also decreased, from $331.6 million to $325.9 million, the result of reductions in municipal deposits, according to company information.

Stock in Provident is trading for around $2.50 a share.