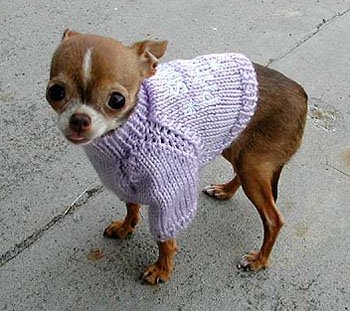 The State newspaper prides itself on watchdog journalism, but in reality the watchdog is little more than old, toothless canine whose bark and bite have seen better days.

The paper has been scooped repeatedly by the Columbia Free Times and local bloggers on happenings at Innovista, the University of South Carolina’s taxpayer-funded research campus boondoggle.

It got the goods on Gov. Mark Sanford’s affair with his Argentine lover, but only after sitting on salacious emails between the pair for months and after Sanford himself confessed at a press conference in June.

The latest bit of State puffery disguised as journalism hit the newsstands this past weekend, when the paper ran a profile on Paula Harper Bethea, named last week to head the South Carolina Education Lottery.

In July, lottery Executive Director Ernie Passailaigue resigned to help start the Arkansas Lottery. To fill his spot on an interim basis, Bethea, a former Lottery Commission member, was appointed.

At that time, The State reported that a national search was under way to find a permanent executive director. Lottery Commission Chairman Tim Madden said that process would take about six months and that Bethea would not be a candidate for the permanent post.

What’s even more ironic is that back in 2001, when the South Carolina lottery was getting started and Passailaigue threw his name in the hat for the top post, Bethea said it was important to do a “proper search.”

“I’m not saying that Ernie may not be the perfect person for the job,” she told The State at the time. “We’re going to have to put this through the proper search. I feel strongly about that.”

So, did The State hold Bethea’s feet to the fire, or at least those of the Lottery Commission, for the apparent change of heart? Of course not.

The Bethea profile barely touched on the fact that the commission eschewed a national search and instead opted for a consumate Columbia insider:

The Lottery Commission, appointed by Gov. Mark Sanford, Senate President Glenn McConnell, R-Charleston, and House Speaker Harrell, decided against its plans for a national search for a new executive director after June 9, when it asked Bethea to serve as interim director.

Her no-search hiring has been criticized by some.

McConnell could not be reached for comment on the move, but Sanford’s office said the governor wishes Bethea well.

Bethea was a commissioner of the lottery when it decided then-state Sen. Ernie Passailaigue, who also had not run a lottery before, would head the S.C. startup.

Wow! Talk about hard-hitting reporting! I bet the entire Lottery Commission is still smarting from that dressing down at the hands of South Carolina’s largest newspaper.

Geez, The State couldn’t even be bothered asking Bethea why, if she felt there was a need for a major search eight years ago, things were different now. One wonders if the paper even bothered to look back through its archives.